In defending Facebook for having Trump supporter Peter Thiel on its board, Mark Zuckerberg said:

“We care deeply about diversity. That’s easy to say when it means standing up for ideas you agree with. It’s a lot harder when it means standing up for the rights of people with different viewpoints to say what they care about,” Zuckerberg wrote in a post visible only to Facebook employees, a photograph of which was shared on Hacker News on Tuesday.

“We can’t create a culture that says it cares about diversity and then excludes almost half the country because they back a political candidate,” Zuckerberg continued….

Absolutely. Diversity of thought is the most important kind — and too often, the kind people have the greatest trouble accepting. If you have a wide variety of skin colors and a perfect balance of gender, but everyone in your group thinks exactly alike, you have utterly failed to achieve a diverse result, and your group is weaker because of it. 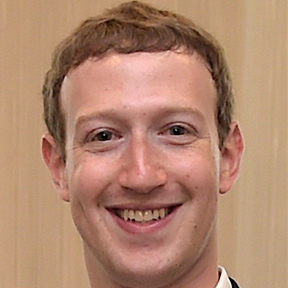 Zuckerberg probably should have stopped there, though. He kind of lost me when he went on to say, “There are many reasons a person might support Trump that do not involve racism, sexism, xenophobia or accepting sexual assault.”

Are there? At this point, it’s getting a little hard to see those “many reasons.” Hard for me, anyway; perhaps the vision of others is sharper.

So let’s assume those many reasons exist. There’s another problem here.

Diversity of thought, of ideas, is indeed critically important. It is essential, in a liberal democracy, to respect those who see things differently. (And to accept it if they win an election.)

But in 2016, we’re not experiencing a contest of ideas. We’ve gone well past that. We’re experiencing an election in which one of the major-party nominees is a man of demonstrably contemptible character, not just somebody you or I may disagree with on matters of policy.

And there’s a point at which, to the extent that we respect our own ability to reason and to form opinions that may or may not differ from the opinions of others, we have to make a judgment.

And in doing so, it’s legitimate for us to question Mr. Thiel’s judgment in continuing to support Mr. Trump despite shock after shock. And to question Mr. Zuckerberg’s for defending having someone of such questionable judgment on his board.

45 thoughts on “Zuckerberg’s right about diversity, although I question his judgment”