In recent days, Simon and Garfunkel’s “The Boxer” has been sort of playing in the background of my mind when I was thinking about other things. I kept finding myself silently mouthing, “pocketful of mumbles,” without bothering to think about it.

Well, in the shower (that font of inspiration) this morning, I suddenly realized why, when I thought of the context:

I am just a poor boy
Though my story’s seldom told
I have squandered my resistance
For a pocket full of mumbles, such are promises
All lies and jests
Still a man hears what he wants to hear
And disregards the rest.

Of course, the last two lines are the most pertinent. For a generation now, people have been rejecting Moynihan’s dictum that we’re not entitled to our own facts, and insisting that they have a right to them. This was the election in which that dynamic, men hearing only what they want to hear, has manifested itself most dramatically (and destructively).

But the rest of it fits, too — the meaninglessness of political promises (which I dislike in the best of times), the predominance of lies, and so forth. And who was Fareed Zakaria’s column reaching out to but “poor boys” who feel that their stories have gone ignored?

I seldom hear that song without thinking of a church youth group that I attended some when I was in high school in Hawaii. It was in an architecturally unassuming (a low, frame building probably left over from WWII) Navy chapel up the hill from Pearl Harbor, somewhere between my house in Foster Village and the Sub Base gate. (I just tried to find an image of it using Google Maps Street View, but first, I think it’s gone, and second, Street View stops working with you get to the edge of a military installation. This was actually off base back then, but now all all Navy property seems to be sealed off.)

It was led by a chaplain of that sort we’ve all met, who is really, really trying to reach out to the kids where they are. I can vaguely picture him, and the only thing else I can remember about him was that he once told us about ministering to Marines during a siege in Vietnam when for awhile it looked like they were all going to die. (Khe Sanh, perhaps? Or maybe some smaller action that’s less well known.)

Anyway, one week he urged us to bring our favorite songs to the next week’s meeting, where we would play them and then discuss why they were important to us.

I couldn’t really think of a favorite song. A year or so earlier it would have been easy — “Let it Be.” But I wanted something more contemporary, so I took my copy of the “Bridge Over Troubled Water” album and asked him to play “The Boxer.” I didn’t even know why I picked it then. I think maybe I thought, as a boy starting out in life, to be sort of profound in a self-absorbed young man kind of way, and even literary — the protagonist struck me as a more humble Nick Adams, or something. Maybe I thought it would impress somebody.

Anyway, it’s been there in the background a bit this week… 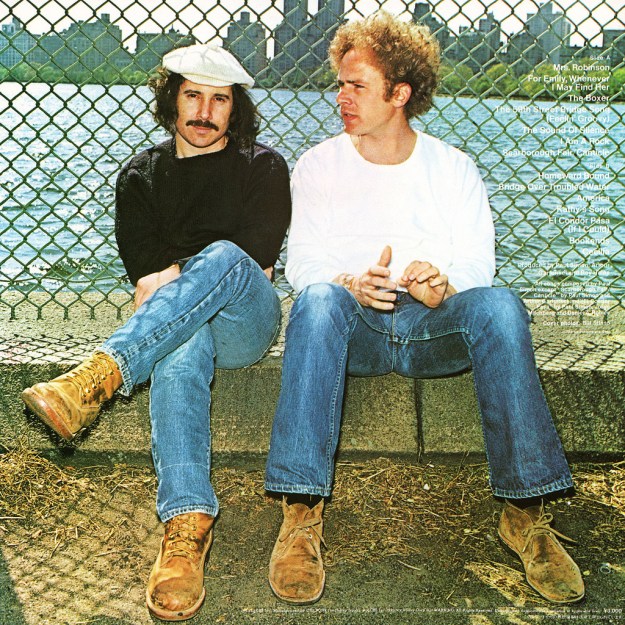 3 thoughts on “Even my earworms are commenting on the election”