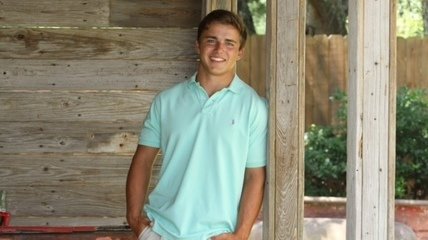 There’s this petition website I receive frequent invitations from called change.org. You may have encountered it. I think I may have signed one of their petitions for something one of my daughters was pressing for, so I keep getting the pleas to throw in with this or that cause, most of which I delete.

I thought I’d share this one since it has such a strong South Carolina angle.

But in any case, here’s her plea:

South Carolina roads are literally killing people. No more meetings, audits, reports, or studies—it’s time to take action. No matter where you live, will you please join us in our fight for justice and safety for all?

A quick visit to the official South Carolina Tourism website paints a picture perfect image of South Carolina. The simple slogan, “South Carolina—Just Right” is displayed prominently in the upper left hand corner of the website for all visitors to clearly see. What isn’t “Just Right” about South Carolina, however, is the condition of many  roads across the state.

On December 23, 2015, Glenn Forrest Rabon, Jr., better known as Tripp, was killed suddenly in a car accident ultimately caused by a flooded roadway on Highway 64 (SR 64) in Colleton County. The condition of the road was known and reported on multiple occasions, yet neglected countless times by the South Carolina Department of Transportation (SCDOT). Tripp was a senior in high school. He was an honor student and athlete with plans to attend Clemson University in the fall of 2016; but above all, he was a beloved son, brother, and a friend to all he encountered. His time on Earth was cut short due to no fault of his own—only the hazardous conditions of the South Carolina roads were to blame.

Sadly, South Carolina is among the top 5 states in the nation for car crash fatalities due to unsafe conditions on the road. In fact, the National Highway Traffic Safety Administration recently released a report (July 2016) illustrating that traffic deaths in 2015 were at an all-time high—a shocking 7.7 percent nationwide. Furthermore, there were 154 more fatal car crashes in 2015 than there were in 2014; that’s 977 fatalities total. Let that sink in for a moment—977 car crash fatalities in 2015. That’s an increase of 16 percent, or in other words, a fact that shows driving has proved to be almost twice as deadly for South Carolina drivers as opposed to drivers throughout the rest of the country.

Interestingly, SCDOT is currently advertising and advocating for “a vision to zero traffic fatalities”, echoing the idea that “the road to zero starts with you [the driver]”. While safe driving is a responsibility that should be respected and practiced by all participants, the “Target Zero” safety initiative fails to address what the driver cannot control—the physical condition of the road itself. But together, as one voice, we can change this unsettling fact.

Fatal traffic accidents, like the one that took Tripp’s precious life, can realistically be avoided. The goal of this movement is to enact legislation to implement a way to prioritize projects that promote transportation safety across the state. It is notable that only months ago (September 2016), the SCDOT Commissioners approved $23,000,000 to be used for beautification projects across the state instead of allotting the money to roadways in dire need of repair. It is the hope of Tripp’s family and friends that passing TRIPP’s Law will ultimately make South Carolina safer, and thus, save the lives of others before it is too late. TRIPP’s Law will require SCDOT to make use of advanced technology to create an online, up-to-the-minute-report, which will utilize both public and government input of reported, unsafe road conditions. The law will require a prioritized repair report called, TRIPP’s Report, which similarly will use past and present road conditions. It will likewise include recent repairs (completed or pending) and show statistics (such as accidents, fatalities, 911 calls, public repair requests, etc.) in real time.

Anyone that knew Tripp would say, without a shadow of a doubt, Tripp was put on this Earth to make the lives of others better. Please help us continue to promote Tripp’s legacy of kindness and his willingness to help others by both signing and sharing this petition to protect and inform drivers who travel in South Carolina about crash and repair reports for SC roadways. Together, we can come together to advocate for safer South Carolina roadways so we can save lives!

Anyone who is willing and feels he or she would be of substantial help to the cause, TRIPP’s Law, is encouraged to contact Tripp’s sister, Emily, at TrippRabonsLaw@gmail.com

I certainly feel for Ms. Rabon’s loss, and Lord knows our roads are underfunded, but I would need to know more before signing the petition. I’m not entirely clear on how the law would help, since it seems focused on new reporting requirements, rather than changing priorities or finding new funding sources. She says “No more meetings, audits, reports, or studies,” but this does seem to be about reports.

It might help if I could see the bill.

Changing the subject slightly, my greatest hope for safer roads is that Gov. Henry McMaster will show some actual leadership on the issue, abandoning Nikki Haley’s opposition to raising the gas tax without cutting another tax by a larger amount, which frankly is one of the craziest ideas to emerge on the state scene in the last several years.

The State wrote on that subject today, by the way. There’s still no indication which way Henry will go. But putting forward a rational road-funding plan would be a great start toward being a better governor than his predecessor…