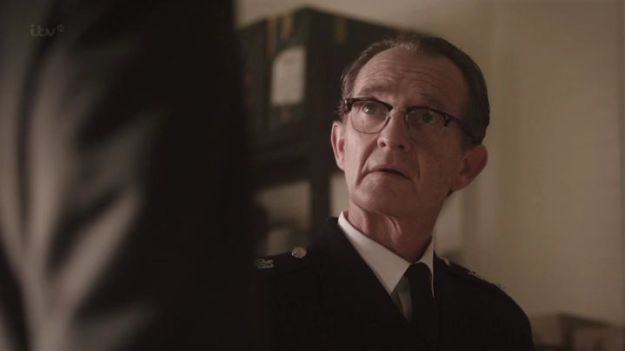 OK, so he’s showing a little too much age. But the face, and its expressions, are perfect.

WARNING: Only about two of my regular readers will find this interesting, but it really interests me and it’s my blog, so…

Awhile back, Bryan brought my attention to something in The Atlantic saying what I’ve said many times myself: One could not find better fodder for a high-quality television series than Patrick O’Brian’s series of historical novels set in the Napoleonic Wars:

The Next Great TV Show (If Someone Will Make It)

The case for Aubrey & Maturin

Fifteen years ago, when I finished reading Patrick O’Brian’s magisterial 20-novel Aubrey-Maturin series for the first time, I remember thinking, damn you, Horatio Hornblower. C.S. Forester’s renowned nautical protagonist was at the time enjoying the starring role in the British TV series Hornblower, and given the close similarities to O’Brian’s oeuvre—both concern the Royal Navy during the Napoleonic era—it seemed unlikely bordering on inconceivable that anyone would try to adapt the latter for television.

That was, of course, at a time when it almost went without saying that a project of such scope and pedigree would have to be British. But the televisual times have since changed immeasurably for the better on this side of the Atlantic, and now it’s easy to envision O’Brian’s books—which The Times Book Review has hailed as “the best historical novels ever written”—being adapted by any number of networks: HBO, obviously, but also AMC, FX, Netflix, USA … the list grows longer by the month.

Which is a very good thing, because if someone would merely get around to undertaking them, the Aubrey-Maturin novels could easily provide material for exquisite television, offering the action and world-building scale of Game of Thrones, the social anthropology (and Anglo-historical appeal) of Downton Abbey, and two central characters reminiscent of (though far more deeply etched than) Rust Cohle and Marty Hart in the first season of True Detective. Someone really needs to make this happen….

Absolutely. Each of the novels could fill a full season with riveting television, and we wouldn’t face running out of material for two decades, since there are 20 novels. This would be bliss.

These books qualify, collectively, as the greatest work of historical fiction ever. Not just the action, or the amazingly detailed description of everyday life at sea and on land in the early 19th century. O’Brian truly makes you feel like you are there. You know how, when you’re wondering whether you’re dreaming, you might reach out and touch something to persuade yourself of the reality of the experience? O’Brian’s novels pass the test, as you touch aspects of a life alien to the 21st century, but completely familiar to you after the first few pages.

But the greatest thing is the way the books hold up as literature, period — never mind the history or the adventure. The relationship between Royal Navy Captain Jack Aubrey and his particular friend, physician/naturalist Stephen Maturin, has been compared to Holmes and Watson, but it goes far deeper than that, and is much more perceptively nuanced. The relationships among all the characters offer insights into the richness of human experience seldom rivaled in anything I’ve ever read.

The trick, of course, is casting.

The film, “Master and Commander: The Far Side of the World,” was well done and enjoyable. It got a few things wrong. For instance, it showed officers and midshipmen dressed in full uniform, as though for an admiral’s inspection, on ordinary days at sea. Which anyone who’s read the books knows is unrealistic.

Here and there, the casting and performances were inspired. David Threlfall was wonderful — he was Preserved Killick (although the bit where he was whining about saving grog for Saluting Day was off — wine would have been more believable). James D’Arcy made a creditable Tom Pullings, with just the right mix of diffidence and command competence. And as small as the part was, I could believe the hulking John DeSantis as Padeen, the loblolly boy.

Others were wildly off. Billy Boyd (you know, Pippin from “Lord of the Rings”) didn’t work at all as Barrett Bonden. Bonden was a big, strapping man, a fleet boxing champion and the very model of the perfect fighting sailor — not a hobbit. He tried, but he just didn’t have the right presence.

But what really mattered, of course, was the two leads — Jack Aubrey and Stephen Maturin. Everything depends on them.

I thought Russell Crowe did a good, workmanlike job as Lucky Jack. But Jack Aubrey is a complex character, with two very different poles to his personality. There’s the kind, openly friendly, jovial, seemingly none too bright, corpulent English gentleman who so thoroughly enjoys bad puns that his face turns red and his blue eyes turn to slits as he laughs, and who is completely helpless on land, an easy mark for con men looking to relieve him of his prize money.

Then there is Captain Aubrey at sea, an imposing, confident, godlike creature who causes subordinates and adversaries to quail when they behold his countenance. As Maturin observes of his friend as he prepares to go into action:

‘Dear me,’ thought Stephen as Captain Aubrey came on deck, buckling this same sword, ‘he has added a cubit to his stature.’ It was quite true: The prospect of decisive action seemed to make Jack grow in height and breadth; and it certainly gave him a different expression, more detached, remote, and self-contained. He was a big man in any case… and with this increase in moral size he became a more imposing figure by far, even to those who knew him intimately well as a mild, amiable, not always very wise companion….

You’d think the latter persona would be harder to play, but it’s easy for Crowe — that’s his type. He has more trouble with the friendly, seemingly harmless, side of Jack. There are a couple of scenes when he bravely attempts it — when he springs a pun on Stephen, and when he plays the fool after a good bit of wine at dinner with his officers. But he never seems quite as harmless, as endearing, as my good friend, the character in the books. Crowe’s just way better at being intimidating.

But Crowe is perfect casting compared to Paul Bettany as Stephen Maturin. The doctor is Jack’s opposite — a perfect lubber at sea, but a genius at every other aspect of life. And Mr. Bettany, of whom I am normally a fan, does well at portraying him as a bookish man of science who is indignant that he is part of a purely martial expedition that won’t stop to let him study the zoological wonders of the Galapagos.

SPOILER ALERT, in case you haven’t read the books: But Maturin is something other than a brilliant physician, naturalist, gifted linguist (the foremast hands, and Jack himself for that matter, marvel at his ability to rattle away, “talking foreign twenty to the dozen”) and lover of music. He’s also an intelligence agent for the Admiralty, unpaid in that capacity because he does it entirely out of indignant hatred of Napoleon. He is often described as having a cold, “reptilian” look in his eye that puts people who see it on their guard, which he generally hides by wearing colored spectacles. And when violence is called for, he acts with a calm efficiency that is as different as night from day from the joie de combat that seizes Jack when he’s on an enemy’s deck with sword in hand.

But except for a brief moment at the end of the film, when Bettany picks up a sword and joins in the fighting against the French enemy — something for which the filmmakers have in no way prepared you — you’d think he was a pacifist, one who conscientiously objects to doing battle with the French or anyone else.

So, ever since I’ve first thought of how wonderful the Aubrey/Maturin books would be as a TV series, I’ve wondered who could play Stephen. And I think I’ve settled on someone, if the makeup people can make him look a decade or two younger.

He’s Anton Lesser, a British actor whom you see everywhere, but may not know by name, since he so effectively buries himself in his characters. He’s Qyburn on “Game of Thrones,” Chief Superintendent Bright on “Endeavour,” Thomas More in “Wolf Hall,” and most recently, Exeter in “The Hollow Crown,” that collection of Shakespeare’s history plays that I enjoyed so much on PBS. 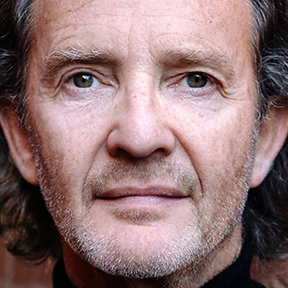 Like Stephen, Lesser’s characters often can’t be bothered to shave.

Every time I see his face, I think, “There’s Stephen!” His face, his expressions, his physicality, just embody the character. He could don Maturin like a well-worn suit.

If only he’d been born about 20 years later. Maturin, fortunately, is sort of an ageless, crotchety, wizened character, who from the beginning, I gather from the books, looked older than he was, and acted older still. In fact, in some ways Lesser’s maturity adds to his resemblance to the character. But I admit, that loose skin in Lesser’s neck would look out of place on the young, penniless physician who meets Jack Aubrey in Port Mahon in the first book. (Yet, if he filled out to tighten his skin, he wouldn’t look like the nine-stone Maturin.)

Maybe he has a son who looks just like him and is also a gifted actor. Or maybe, as I said before, the makeup people can do wonders. But I have seldom ever found such a perfect match of type between an actor and a beloved character in fiction.

See, I told you you wouldn’t be interested. But I was sufficiently pleased at my discovery that I thought I’d share it with the one or two who might appreciate it… 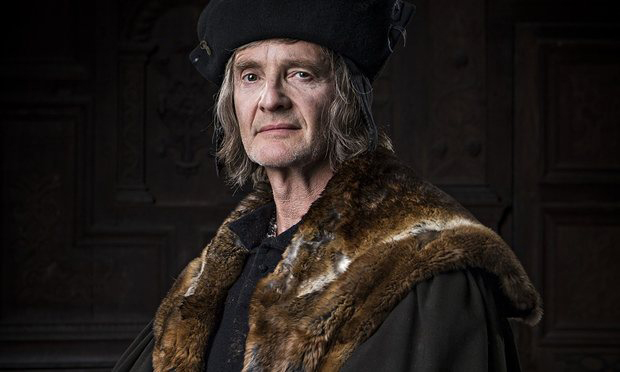 As Thomas More in “Wolf Hall.” There’s the kind of joke Jack would love: Lesser as More.