He concludes it thusly:

In any American city large enough to sustain a social ecosystem of snobbery, there is a magazine to guide fastidious consumers to “the five best craft breweries” or “the five best artisanal cheese shops.” Heaven forfend that anyone should have to settle for the sixth-best. For discerning tipplers, there are artisanal ice cubes. In San Francisco, The Mill, a cafe and bakery, offers artisanal toast for $4 a slice. It is to die for, say the cognoscenti.

Where will the positional economy end? It won’t. Stanford University professor Francis Fukuyama notes that it is a peculiarity of human beings that they desire some things “not for themselves but because they are desired by other human beings.” Hamsters have more sense. This characteristic of our species — the quest for recognition by distinguishing oneself from others — provides limitless marketing possibilities because for many wealthy people, “the chief enjoyment of riches consists in the parade of riches.” So wrote Adam Smith in “The Wealth of Nations,” published in the resonant year of 1776.

And I’m down with all that. My one beef is that the thing that got him mounted on what Bryan would term his high horse was… my beloved Starbucks.

He was indignant that Starbucks is going to have these special, exclusive places called “roasteries” to attract the true poseurs among caffeineheads. 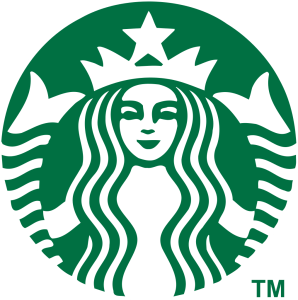 Yeah, OK, those places do sound a bit pretentious. But a lot of people think regular ol’ Starbucks is pretentious and conspicuous, in the Veblen sense. And you know what? It isn’t. It’s just great coffee, and it’s consistent — I know that if I walk into a Starbucks in Columbia or Charleston or Memphis or New York or even London or Bangkok, I will get the same great cup of coffee.

Also — the really snooty people claim allegiance to their local, nonchain coffeehouses, and I suppose they’re all right in their way. But the service is better at Starbucks, and so is the coffee, IMHO. And I know I’ll get that same experience wherever I go.

As for the cost, people go on about $6 cups of coffee. Yeah, I suppose some of those slow, indecisive people I sometimes get behind in line are paying that and more for their over-elaborate soda-fountain drinks. But a cup of coffee — which is what I buy there, just black coffee — costs about 2 bucks. Which is about the same I pay for a large cup at Lizard’s Thicket. And a refill’s only about 50 cents.

5 thoughts on “… but lay off my Starbucks, George!”