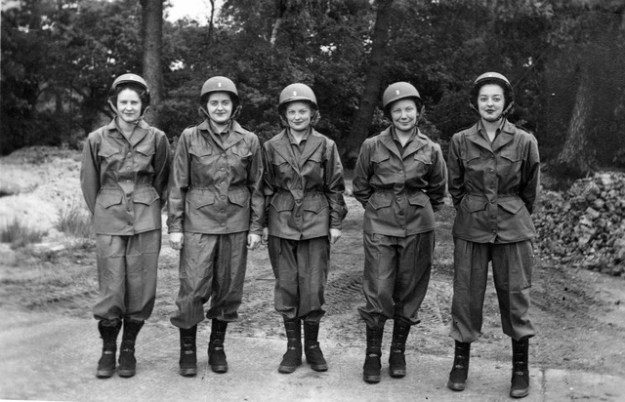 Says Lynn: “Here is my mother (2nd from right) dressed in a way that would have suited General Patton.”

This is certainly the most awesome thing you’ll see on this blog this week.

Back on Friday when I took note of the 72nd anniversary of the start of the Battle of the Bulge, mentioning my late father-in-law’s experience then and there (being deployed on the front line at the very center of the overwhelming German assault, he would be captured and spend the rest of the war in a POW camp), Lynn mentioned her mother’s experience thusly:

My mother was a nurse with the 95th General Hospital during the Battle of the Bulge, and was a member of Veterans of the B of the B until her death. She had some very sad stories, among them soldiers with terrible injuries from frostbite, along with the other wounds of war. She managed to be personally chewed out by Patton twice. Once was for not wearing a helmet, apparently a common event. The other was for being among the unit officers after they managed to get lost behind German lines for three days. I can’t imagine that anyone trusted my mother with a map. Very bright woman, hopeless with a map.

We were all glad that she shared that, and I asked her for pictures. Today, she obliged. Here’s her narration, slightly edited: 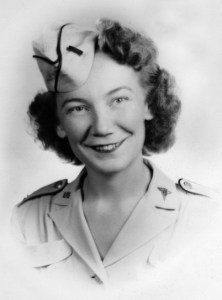 Just caught up with the blog and saw your request for photos. I have a few photos of my mother during the war… One [right] is a regular portrait photo that I’m pretty sure was made soon after she became an Army nurse. [Below] is one of my personal favorites — Mama and two of her friends on the Champs-Élysées the day of the parade for the liberation of Paris. A French shopkeeper came out and suggested that she might want to try on some frivolous things after all her time in uniform, and this is the result. As you can see, it is in uniform, plus. She had leave, but wasn’t actually supposed to be in Paris. She and her two friends couldn’t stand not being in the city for the big event and hitched a ride from the hospital. They tried to be inconspicuous, but a French general saw them and pushed them into the parade, so they ended up marching down the Champs-Élysées in front of the tanks.

What great stories, and even greater pictures!

Y’all know how I feel I was born in the wrong time, having missed the titanic events that shaped the world I grew up in. So now I’m jealous of Lynn’s Mom, who was There When It All Happened. (And yes, ere my antiwar friends tell me that these fun pictures are not what the war was about, I know that. I just wish I’d had the chance to Do My Bit when it truly mattered — I feel like a freeloader not having done so.)

Envious as I am, I wish I could have met her and thanked her for her service… 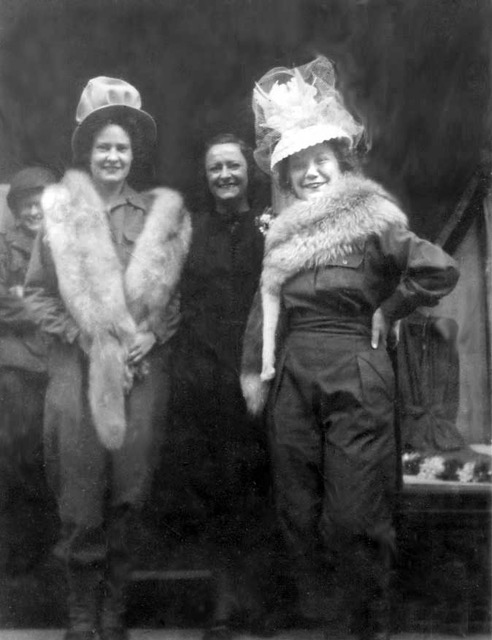