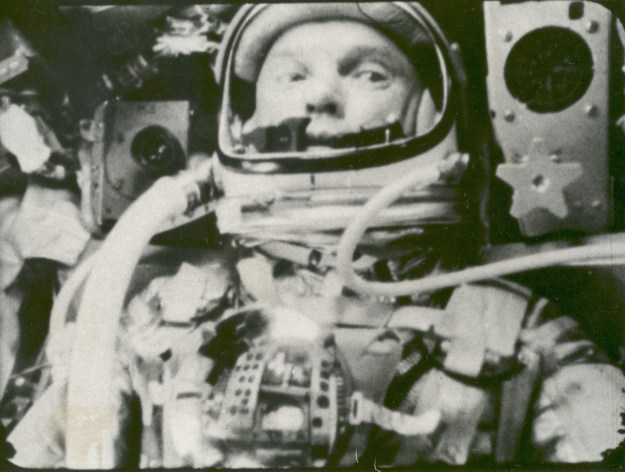 See how I didn’t use, “Godspeed, John Glenn?” I wanted to, but I figured everyone else would…

John Glenn was one of my heroes, but that says nothing special about me, except that I was a kid when the Mercury Seven — of which he was the most illustrious, the most conspicuous — were wowing the nation with their exploits. I remember being herded into the auditorium with the rest of my 3rd-grade class to watch him orbit the Earth, as it happened, on a medium-sized black-and-white TV that had been wheeled in for the occasion. 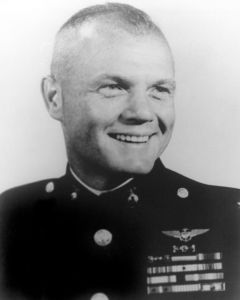 Later, The Right Stuff made me admire him all the more, even though Wolfe made it clear how low the astronauts were on the Test Pilot Pyramid (“A monkey’s gonna make the first flight!”). When he ran for president in 1984, he was the guy I wanted to see take it all. I couldn’t believe he did no better than he did; I chalked it up to a decline in the national character.

An anecdote that illustrates Glenn as an exemplar of old-fashioned virtues: In the book, Tom Wolfe really played up Glenn’s status as the most gung-ho, straight-shooting, hard-working, unapologetic advocate of duty and clean living in the astronaut corps. One small example of how meticulously conscientious he was: Whenever he went on a goodwill tour of one of the factories that were building the components of the Mercury rockets and capsules, within days he would send hand-written thank-you notes to everybody he had met at the plant.

I never met Glenn myself, but early in 1984, his daughter made a visit to Jackson, Tenn., where I was the news editor of the local paper. She came by the paper and met with us, advocating for her dad, and before she left, I put on another hat and asked her whether there was any chance of getting John himself to come speak at the banquet of Leadership Jackson, of which I was the rising president.

In the mail a few days later, I received a card from her in which she went on at length about her efforts to follow up on my request.

So, in addition to being our foremost Single-Combat Warrior Challenging the Godless Commies for Dominance of the Heavens, he was a pretty-good Dad as well, passing on his own relentless habits of following through, of being dutiful even in small things.