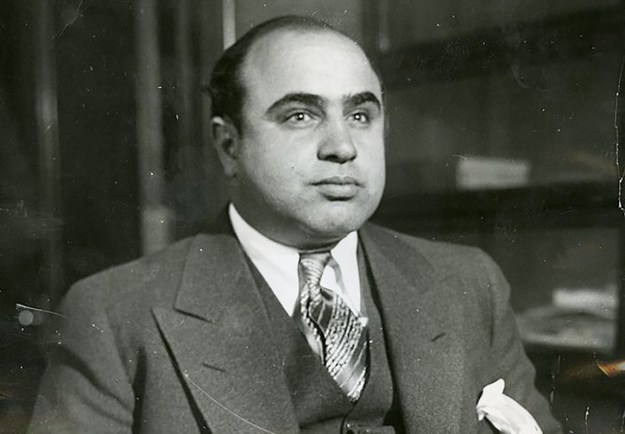 Capone following his arrest on a vagrancy charge in 1930.

The writer, himself an author of a popular book on criminals of that era, confessed he was somewhat at a loss to explain why Capone remains such a favorite subject of readers: “I’ve read my share of books devoted to his life and legend, and I must admit, his appeal eludes me.”

The best bit of the review was this paragraph:

The portrait that invariably emerges is of a rank outsider, a Brooklynite making his way as a “businessman” in Chicago, a grandiose bloviator handed much of his empire in his 20s by his mentor, the retiring Johnny Torrio. When Capone encounters difficulties, he whines about his persecution by the press and a legal system “rigged” against him. Half the country thinks him a monster; others view him as the common man’s champion. Wait: This is beginning to sound familiar. I guess this isn’t the first time I’ve underestimated the appeal of such a man….

Yeah, I know the feeling. 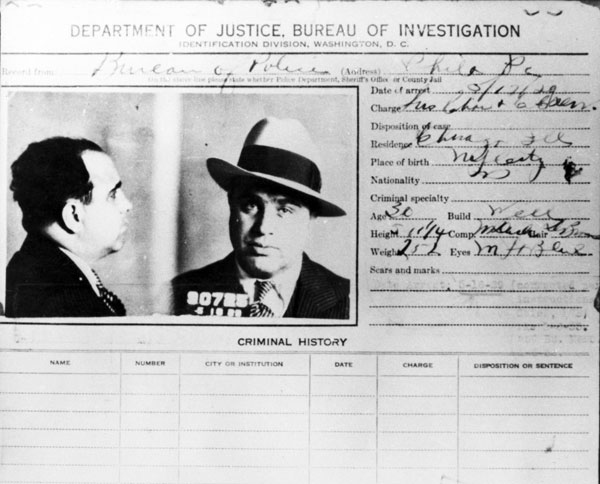 2 thoughts on “On Al Capone and you-know-who: What’s the appeal?”