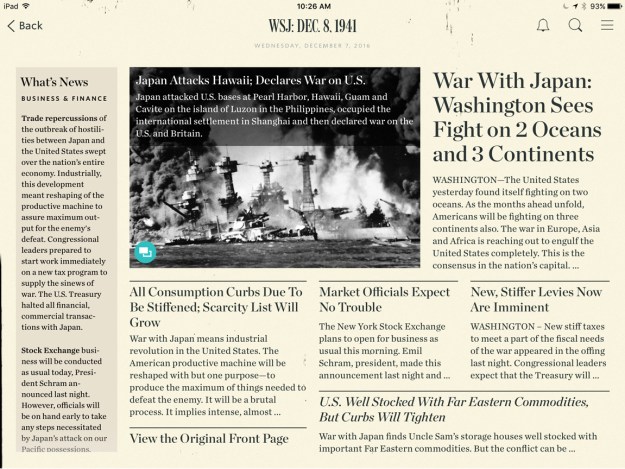 I enjoyed this thing that The Wall Street Journal did this morning.

They did a mock home page for their app consisting of actual stories that ran in the paper on Dec. 8, 1941.

Here are links to a couple of the stories:

War With Japan: Washington Sees Fight on 2 Oceans and 3 Continents

All Consumption Curbs Due To Be Stiffened; Scarcity List Will Grow

I’m struck by how matter-of-factly these developments were accepted at the time. The stock market opened as usual the next morning? And can you imagine what a conniption the Journal would have today (on the editorial page, at least) over “consumption curbs?” The government, interfering with the holy marketplace? Good God, Lemon!

Below is an image of the actual front page from that date.

I thought that was pretty cool. But then I’m both a journalist, and a history geek… 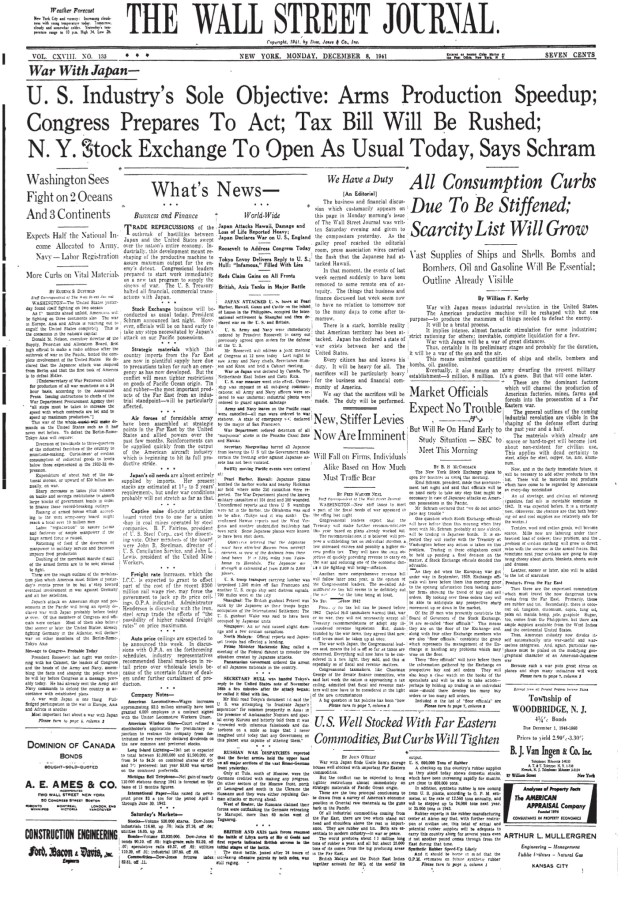 6 thoughts on “Pearl Harbor coverage, as it would have looked had there been iPad apps in 1941”