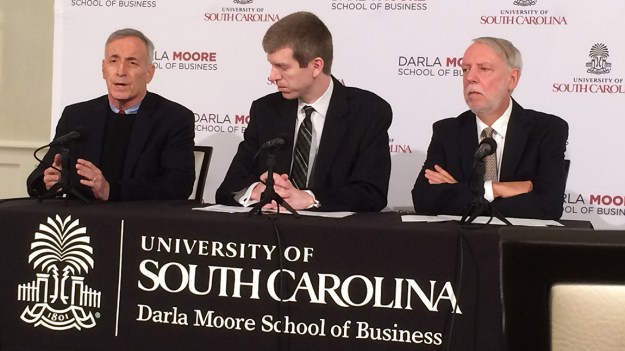 To be more specific, there was mildly, moderately good news, and really Terrible, Horrible, No Good, Very Bad news.

I’ll start with the good, which is on the local level. USC economists Doug Woodward and Joseph Von Nessen said that while growth has sort of leveled off in South Carolina, we’re in for a fairly good 2017. Advanced manufacturing remains strong, and things are going really well in construction — particularly along the coast — and retail. Merchants should have a good Christmas. If there’s a concern, it’s that employers are now having trouble finding qualified employees, particularly ones who are up to the challenges of automation — humans who can work with robots, basically.

On the other hand, we’re basically doomed.

That’s the message I got from the conference’s keynote speaker, Laurence Kotlikoff of Boston University, who started out noting that few Americans seem to have a clue what a fiscal hole we’re really in. Political leaders don’t speak of it, he said, pausing to complain about the “content-free election season” we just experienced. (Of course, you’d expect him to be dissatisfied with that, since he actually ran for president — unsuccessfully, he added dryly.) Oh, sure, they might speak of the $20 trillion national debt — which he noted isn’t really that, since the Fed has bought back $5 or 6 trillion of it — but they ignore the bigger problem.

That’s the true Fiscal Gap, as he calls it, which includes the liabilities that have been kept off the books. You know, Social Security, Medicare and the like — liabilities that aren’t acknowledged in the federal budget, but which are obligations every bit as binding as if the future recipients held Treasury bonds.

If we think in terms of what it would take for the nation to deal with that liability, our government is currently 53 percent underfinanced. That means that to meet these obligations, we’d have to have 53 percent across-the-board tax increases.

If we don’t raise taxes by 53 percent now (or make drastic cuts to current and future spending that might somewhat reduce that need), then they’ll have to be raised a lot more on our children and grandchildren.

Dr. Kotlikoff has been raising the alarm about this for years. Here’s an oped piece he wrote for The New York Times in 2014. As he concluded that piece:

What we confront is not just an economics problem. It’s a moral issue. Will we continue to hide most of the bills we are bequeathing our children? Or will we, at long last, systematically measure all the bills and set about reducing them?

For now, we blithely sail on. But prospects aren’t good. None of the three economists, who spoke at a press conference before the event, had anything good to say about incoming political leadership on the national level. In fact, quite a bit of concern was expressed about 3 a.m. Tweets, any one of which could trigger a trade war with China before the day is out.

I came away feeling a bit like Damocles — or rather, like the nation is Damocles, since the sword fell on my head sometime back. And we just elected a guy who thinks he’s a national hero because he interfered with one business that was going to send some jobs out of the country (an interference in the market that none of the economists think was a good idea).

I’m not holding my breath for any leadership on closing the Fiscal Gap. (Nor would I be had the Democrats swept the elections.) Are you? 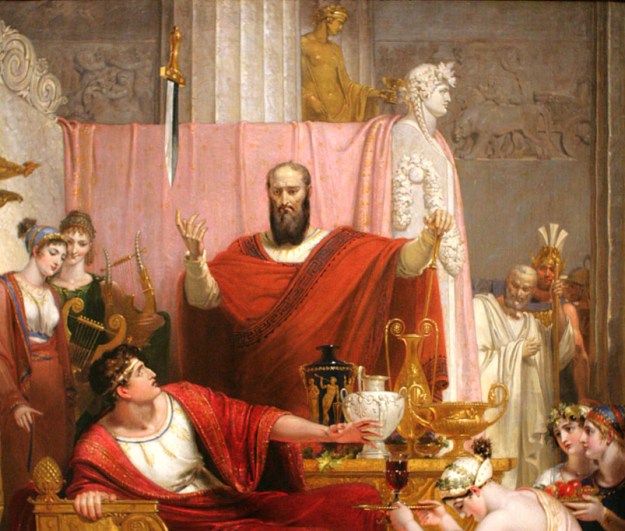