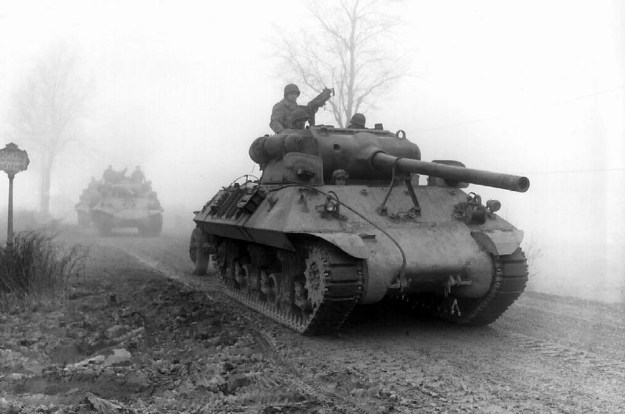 Bryan sent me the above photo a couple of days ago, with the comment, “Check out the heavy fog. It’s pea soup. It looks pretty darn cold, too.”

Yep, it was extremely cold in that time and place. According to Wikipedia, this is what the photo shows: “American M36 tank destroyers of the 703rd TD, attached to the 82nd Airborne Division, move forward during heavy fog to stem German spearhead near Werbomont, Belgium, 20 December 1944.” 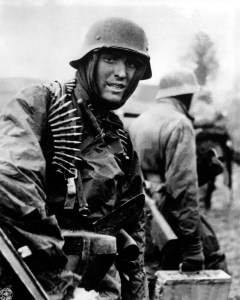 A Nazi soldier, heavily armed, carries ammunition boxes forward with companion in territory taken by their counter-offensive in this scene from captured German film. Belgium, December 1944.

Four days earlier, the Germans had attacked the center of the American line with 20 divisions we didn’t know they had, much less that they were in that area. What followed would be the largest and bloodiest battle fought by the United States in the Second World War, popularly called the Battle of the Bulge.  (Those 20 German divisions — 13 infantry, 7 armored — attacked a mere 8 Allied divisions, mostly American. By the end of the battle, the Germans would have 24 divisions in the fight, to our 30. Back then, a division usually included between 10,000 and 20,000 men. So, more than a million men were involved.)

The center, in the Ardennes forest in Belgium, was a quiet area. The American line there was manned by green American troops. It was a place to put them where they could get used to being in a combat area, living in foxholes under rough weather conditions, without being tested by heavy fighting of the sort that was going on to the north and south.

My father-in-law, Walter Joseph Phelan Jr., was one of those green troops. He had been thrown into the new 106 Infantry Division at the last minute before being sent up on the line.

The 106th was occupying the position where the very tip of the German spear struck on Dec. 16, and rolled right over the Americans. My father-in-law, plus novelist Kurt Vonnegut and thousands of other soldiers of the 106th, were captured and spent the rest of the war freezing and starving in German Stalags. Like the guys in the photo taken by the Germans, below.

This is how the war ended for thousands of Americans. The photo above shows the beginning of the American counterattack, which led to victory over the next month, and the breaking of the Siegfried Line.

When I get home tonight I’m going to hunt for his written account of Mr. Phelan’s experience, and scan it and post it… 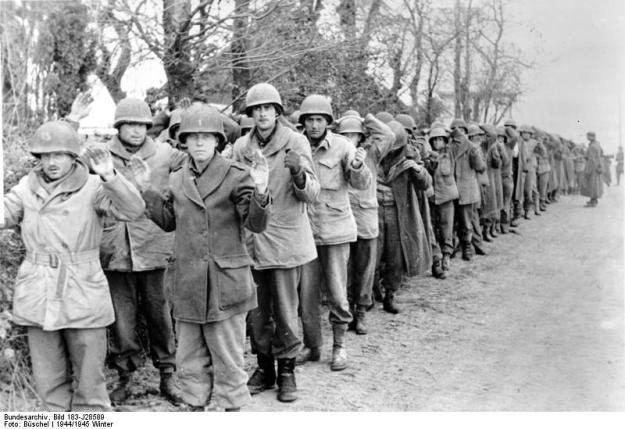