Remember the last scene of “All the President’s Men?” If you don’t, you can watch it above.

Pretty powerful. On a television on a desk in the newsroom of The Washington Post, Richard Nixon is seen triumphant, being inaugurated for the second time as president. In the background, across the newsroom, Bob Woodward and Carl Bernstein (OK — Robert Redford and Dustin Hoffman, really) are not watching the event, because they’re too busy pounding out one of the stories that will bring Nixon down.

We experienced a moment like that tonight. In a prelude to the inauguration of Donald Trump next week, President Barack Obama was delivering a particularly graceful valedictory address — our last worthy, fit president reminding us of the values that America is supposed to be about. The feeling of the passing of American greatness was palpable. We had a good run there, for 44 presidents. Or 43, if you leave out James Buchanan.

Half of Twitter — including me (you can go peruse my Tweets) — was writing about that. The other half was writing about this, which corresponds to the counterpoint of Woodstein hammering away at the story that will doom the new president. Check this out:

Holy smokes… if half of this is true it’s the biggest political scandal of our lifetimeshttps://t.co/dvVSHmnY1q

Or, if you’re into the salacious, this:

If reports are true, Russia has a video of Trump with prostitutes… think about that a whilehttps://t.co/XeY9z8mSfz

This is early. The picture is incomplete. There’s always the chance that, as Trump claims, this is “FAKE NEWS – A TOTAL POLITICAL WITCH HUNT!” After all, there’s a lot of that going around lately.

But I have never, ever heard of allegations like this, however flimsy, being made about anyone about to become president of the United States. That alone makes this unprecedented.

The report alleges that, while Trump turned down some sweet deals offered by the Russians, “he and his inner circle have accepted a regular flow of intelligence from the Kremlin, including on his Democratic and other political rivals.” Yeah, and “FSB has compromised Trump through his activities in Moscow sufficiently to be able to blackmail him.”

Who knows at this point what’s true? For their part, though, our top intelligence chiefs found it worthy of passing on to the current and future presidents last week.

Here’s a caveat in The Guardian‘s story:

Despite glowing references from US and foreign officials who have worked with the source, there are some errors in the reports. One describes the Moscow suburb of Barvikha as “reserved for the residences of the top leadership and their close associates”, but although it is a very expensive neighbourhood, there are no restrictions on who can own property there. The document also misspells the name of a Russian banking corporation…

Must give us pause. But speaking of misspellings, The Guardian mentioned “Senator Lyndsey Graham” in the same story.

I don’t know where this is going to go. But it feels like one of those moments. You know, like in the movie… 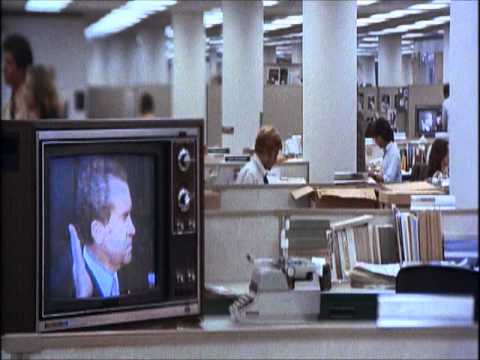 52 thoughts on “All the President-Elect’s Men”