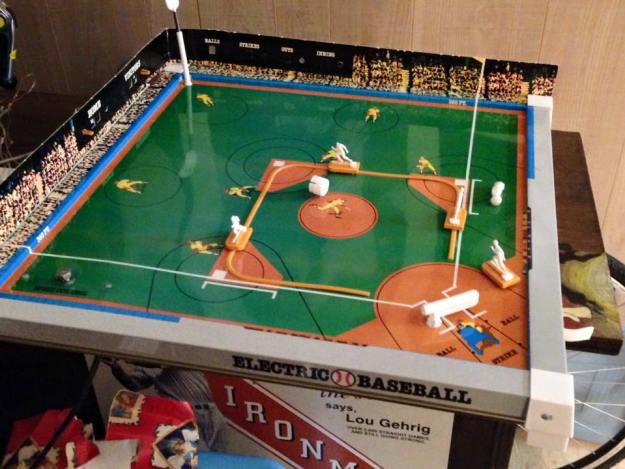 Technically, this list is not late, as this is the ninth day of Christmas. In any case, I didn’t see the inspiration for it until today. Also, it’s a slow news day.

My fellow former Cosmic Ha-Ha Dave Moniz posted the above photo on Facebook last week, with this caption:

My first thought was, I’d like to try that game out. My second was, I hated to see him run down electric football, which frankly, I liked better than real football. Any of y’all remember those? You’d put your little plastic players on the line of scrimmage, with one of them holding the little felt football, and hit the switch, and the whole stadium started vibrating like mad, causing the men — whose bases were perched up on thin, flexible blades of clear plastic, would start moving independently, one hoped toward the goal line. But really, they went wherever they wanted — which quite frequently was backward.

It was a pretty wild toy, both in concept and execution.

Actually, here I am describing it like something from the distant past, and apparently they still sell these things! Which was a surprise to me. But if you’ve never seen one of these in action, here’s video of a fancy modern version.

Which got me to thinking: What would be my Top Five Toys Ever, with an emphasis on those received from Santa. Here’s a hastily assembled list, which I may amend as we proceed:

Honorable mention: Hot Wheels. These came along a little late for me, but I had an awesome time playing with my brother’s Hot Wheels — and my sons’, and my grandson’s (every time I go into Walmart today, I have to fight against the temptation to buy him another — they’re only 94 cents apiece, and they’re awesome!). I had grown up on Matchbox cars and thought they were pretty cool, but Hot Wheels just blew them away. Matchbox would later ape the fast-wheel technology, but they were just playing catch-up from then on.

Yep… guns and war toys and fast cars. But I was an actual kid, not a hypothetical one, and that’s what I liked, and I was lucky enough to come up before these things were thoroughly frowned upon. So there.

Now… what are the vintage toys that make you wax nostalgic? 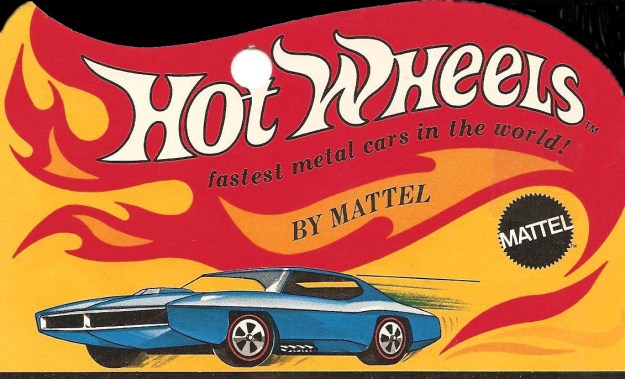