I read about this in The State this morning, but it really didn’t make any sense without the original Tweet:

Tim Scott is the first black Republican U.S. senator from the South since Reconstruction and the only black Republican in the Senate at the moment. He also has announced he will vote for Alabama Sen. Jeff Sessions to become the next attorney general. 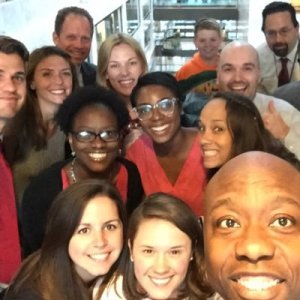 Given the allegations of racism that have followed Sessions since he was denied a federal judgeship in 1986, Scott’s decision to support him has been met with plenty of criticism.

And lots of that criticism has come online, especially on Twitter, where Scott has 162,000 followers. But one tweet in particular annoyed Scott. User @Simonalisa blasted Scott and former Sessions aide William Smith by referring to them using a racial slur….

“So I thought it was a good time to tell people what I thought.”…

The original Tweet and the account that produced it had been deleted, but I found a reTweet that reproduced it: