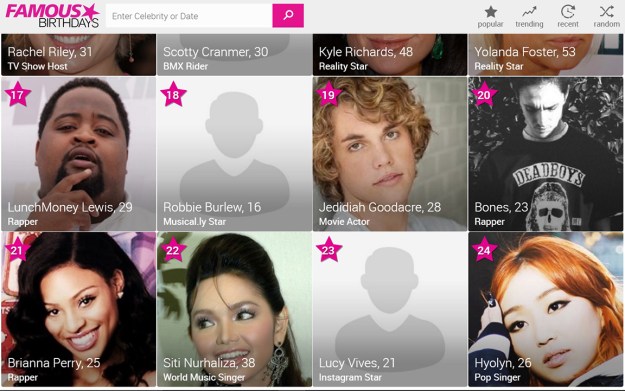 I already knew thanks to Facebook that today was the birthday of two blog stars, Bryan Caskey and Kathryn Fenner.

Then Bryan told us it’s Alexander Hamilton’s special day, as well. (We know what his birthday was; it’s the year that’s in doubt.) You know, the Broadway star.

I thought I’d do a post about ALL the distinguished people born on this day, but when I Googled it, I got this ridiculous site that listed Hamilton, and a bunch of people I’ve never heard of. See the sample above. I had been hoping for famous people. Was that list put together by a bot from Teen Beat?

Wikipedia took the question more seriously, and yielded up:

Now, see, that’s some distinguished company! A Roman emperor — well, you can’t say fairer than that! And I honor DeVoto as editor of Mark Twain’s papers. And who is cooler than Clarence Clemons?

In any case, happy birthday to all, especially Kathryn and Bryan. I give you joy. 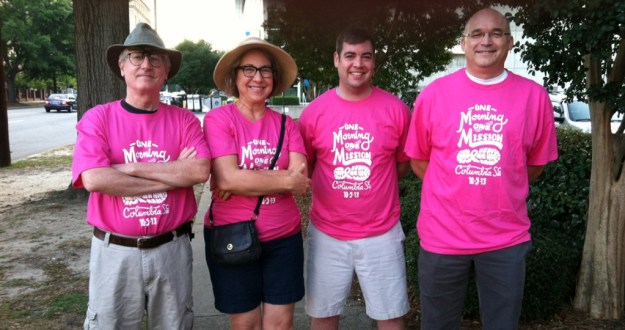 That’s me on the left, Doug on the right, and our birthday kids in the middle, at the 2013 Walk for Life. They were younger then…

30 thoughts on “Wishing Bryan and Kathryn joy of their birthday”