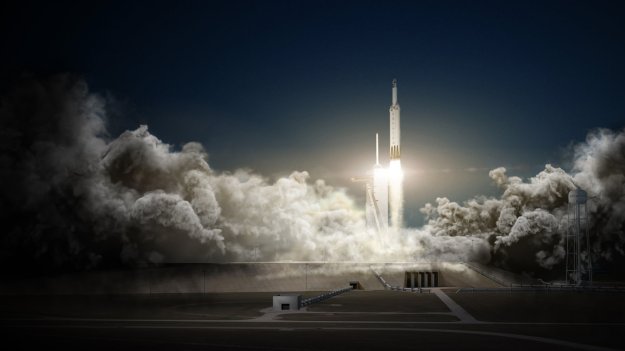 SpaceX says its Falcon Heavy rocket, shown here in an artist’s rendering, will be used in the mission to the moon.

It’s hard to stir class resentment in me.

Bernie Sanders, Elizabeth Warren, Karl Marx and Occupy Wall Street have all been trying like fun for the last century or two, but they don’t arrive. I don’t much care how much money other people have, or what they do with it, as long as they don’t expect me to count it, or be impressed by it, or even think about it — because I can’t imagine anything more boring.

But SpaceX has succeeded where all the populists and resentmentmongers have failed, with this simple announcement:

The private company SpaceX has announced that it plans to send two passengers on a mission beyond the moon in late 2018.

If the mission goes forward, it would be the “first time humans have traveled beyond low Earth orbit since the days of Apollo,” as NPR’s Nell Greenfieldboyce told our Newscast unit.

The two private citizens approached the company about the idea and have already paid a sizable deposit, CEO Elon Musk told reporters in a conference call. These private individuals will also bear the cost of the mission….

I am a child of the Space Age, and what could be better for a communitarian? Look at what we accomplished!

In those binary days of the Cold War, “we” meant Americans. Our ingenuity, our pooled resources (it was going to cost $24 billion to go to the moon!), our heroes, the best of the best of the pilots of our military, with our nerds using their American sliderules to make sure our guys got there and back! It was like everything that was great about the Free World — with the government and the whole aerospace industry pulling together because no one entity could do it alone — came together to make the impossible possible. Our boys might have been going up to do single combat with the godless commies in the heavens, as Tom Wolfe eulogized the effort, but they had millions of us behind them.

And what should have happened, as the Cold War faded, was that “we” should have been redefined to mean the whole human race. And that sort of started to happen, with the Apollo-Soyuz hookup in 1975 (three years after we’d quit going to the moon), continuing with the International Space Station and with American astronauts hitching rides with the Russians after we quit building spacecraft and became Space Slackers.

But now it’s not “we” anymore. It’s Bernie’s “billionayuhs.” They’re the only ones who get to boldly go where no man has gone before. Because the United States of America, the richest and most powerful country in the history of this planet, is no longer big enough, rich enough, brave enough, ambitious enough, dauntless enough to send anyone up there on behalf of us all, so that we can all feel part of the thrill of exploration.

We can’t afford it anymore, it seems, even pooling the resources and energies of the whole nation. The most we can manage is to catch rides for a pathetic merry-go-round ride in Earth orbit, basically not going anywhere that Yuri Gagarin didn’t go in 1961.

But a couple of rich guys can go, on a lark, past where any of our previous national efforts could go. Not to accomplish anything for science or humanity, but because they’d personally like to go, and can write checks big enough to make it happen.

So yeah, finally, I resent the rich guys.

But even more, I resent the rest of us for having given up on human exploration. 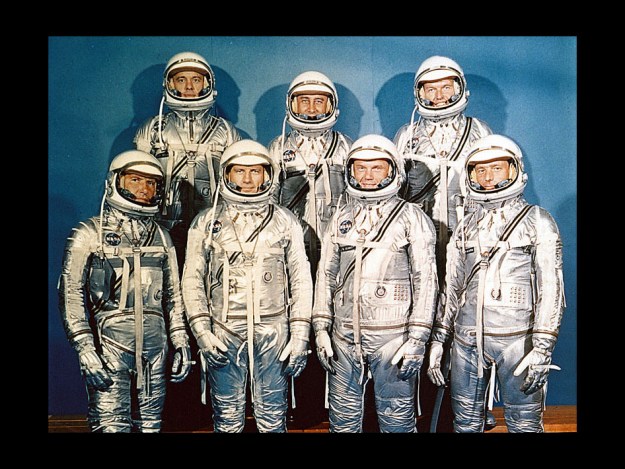 These guys hung their hides out over the edge for US, not to gratify personal whims.