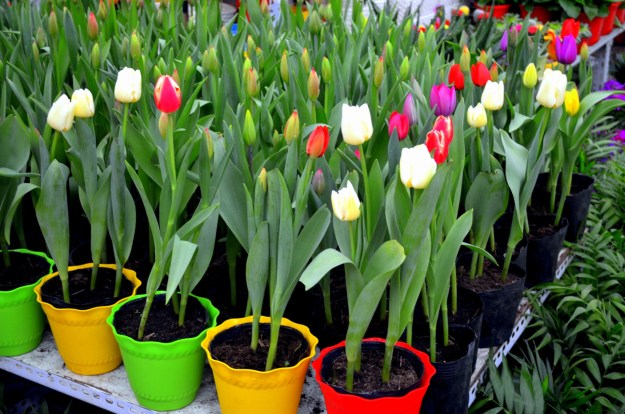 Last night, I gave platelets, and the morning after I often feel a tad out of it — not quite the thing, you know?

And then the alarm woke me when I was deep, deep into a stress dream — one of those where you’re trying to get a big, complicated (in fact, truly impossible in this case) thing done, and worrying over how to do it, and because you were awakened in the wrong part of the cycle, you have trouble shaking the worried feeling, like part of your brain still believes that you have to solve this problem…

When my wife got up, I told her a little about it, and she sort of chuckled at the sillier aspects, which helped put it in perspective a bit, but I still hadn’t shaken the feeling of needing to deal with it when I headed downtown to have breakfast, thinking coffee ought to sort me out…

Well into my second cup, something came to me. Moments later, I Tweeted this:

Having breakfast downtown, I recall that it’s Valentine’s Day. Called wife & told her where to find flowers I’d hidden in closet. Not great.

And I’d been so on top of this! I’d bought those potted tulips on Saturday, way earlier than I usually think about Valentine’s Day.

The day has to get better from this point on, right?