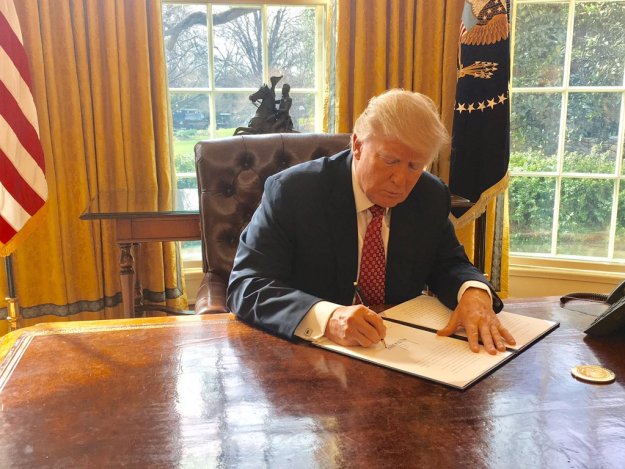 And yeah, that’s what it is. Clear away the nonsense and that’s what you’re left with. He said when he ran for president that that’s what he’d do, and this is his second attempt to get away with doing it.

All the whys and wherefores and details and adjustments are kind of irrelevant to me. What I see is that the entire effort — which he has made the top priority of his first days in office — is completely unnecessary. It’s an overwrought, complicated solution to a problem that does not exist. It is absurd every bit as much as it is offensive and unAmerican.

The administration keeps mouthing the ridiculous justification that this is needed to “keep America safe.” I won’t go into that except to note that Charles Krauthammer — who takes a backseat to no one in advocating for national security — dealt with that with the contempt that it deserved a month ago: “Not a single American has ever been killed in a terror attack in this country by a citizen from the notorious seven.” Which is now six, Trump having discovered that Iraq is an ally.

So, you say what you have to say about it. I’m done for the moment…