Last week, I read another excellent piece by Bret Stephens in The Wall Street Journal. It was headlined “Do We Still Want the West?,” with the subhed, “The best antidote to the politics of Trump or Le Pen is a course in Western Civ.”

Because of that paper’s pay wall, I’m going to push the envelope a mite on Fair Use here so that you get the point fully, and I hope the Journal will forgive me.

The piece begins anecdotally, telling about how the left’s culture warriors chanted Western Civ right out of the curriculum at Stanford in the ’80s, and how a vote to bring it back (a student vote, because grownups no longer dare to make such decisions) failed, 6 to 1.

Then, he sets out the problem:

The thought comes to mind following Sergei Lavrov’s Orwellian speech last week at the Munich Security Conference, in which the Russian foreign minister called for a “post-West world order.”… 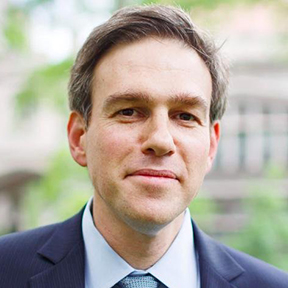 Mr. Lavrov understands something that ought to be increasingly clear to American and European audiences: The West—as a geopolitical bloc, a cultural expression, a moral ideal—is in deep trouble. However weak Russia may be economically, and however cynical its people might be about their regime, Russians continue to drink from a deep well of civilizational self-belief. The same can be said about the Chinese, and perhaps even of the Islamic world too, troubled as it is.

The West? Not so much.

The United States has elected as president a man who has repeatedly voiced his disdain for NATO, the World Trade Organization and other institutions of the Western-led world order. He publicly calls the press “an enemy of the American people” and conjures conspiracy theories about voter fraud whose only purpose is to lend credence to his claim that the system is rigged. He is our first post-rational president, whose approach to questions of fact recalls the deconstructionism of the late Jacques Derrida: There are no truths; reality is negotiable….

He goes on about the crisis of faith in Western ways in Europe, and notes how the non-aligned — who once were so eager to join the Western club — are drifting toward other power centers, such as Russia and China.

In other words, moving toward cultures that still believe in themselves, or at least in their own myths.

Then comes the best part:

There was a time when the West knew what it was about. It did so because it thought about itself—often in freshman Western Civ classes. It understood that its moral foundations had been laid in Jerusalem; its philosophical ones in Athens; its legal ones in Rome. It treated with reverence concepts of reason and revelation, freedom and responsibility, whose contradictions it learned to harmonize and harness over time. It believed in the excellence of its music and literature, and in the superiority of its political ideals. It was not ashamed of its prosperity. If it was arrogant and sinful, as all civilizations are, it also had a tradition of remorse and doubt to temper its edges and broaden its horizons. It cultivated the virtue of skepticism while avoiding the temptation of cynicism.

And it believed all of this was worth defending — in classrooms and newspapers and statehouses and battlefields….

Donald Trump was elected by people who for whatever reason just don’t seem to get the fundamental assumptions of the West — they don’t know the history; they don’t embrace the ideals. It’s hard to talk to them about what’s wrong, because they don’t see it. Maybe it’s too late for them, but it’s time we started overtly teaching our children what’s valuable about the West.

But first, of course, we need to decide whether we still believe in it ourselves…

17 thoughts on “Has the West ceased to believe in itself?”