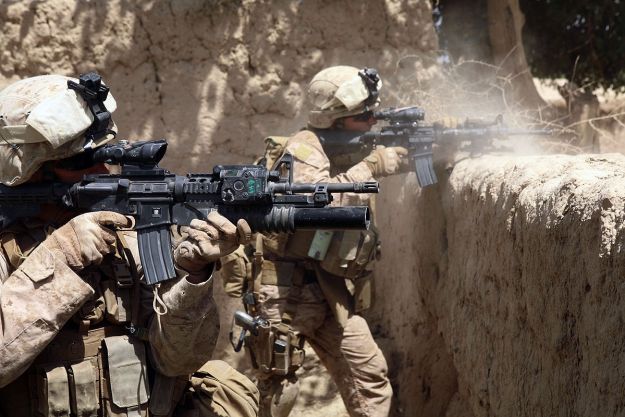 Marines in combat in Afghanistan in 2009.

Kathleen Parker, in her reaction to the Marine nude-pictures scandal, takes an iconoclastic approach, as she tends to do in her best work.

Of course she condemns the actions of the Marines, as anyone should, and links it to our tawdry, “narcissistic, show-and-tell-all culture,” to which neither male nor female Marines are immune.

But she also brings to bear a couple of themes of her past work, such as her dim view of sending women into combat, and our society’s recent failure to value males qua males.

You won’t see many leading columnists make such points, especially the male ones; they wouldn’t dare:

Must men be treated as women? That is, should they be trained to be more “sensitive”? If so, 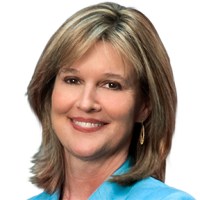 can you simultaneously create sensitivity in the desensitizing, killing culture that breaks down an 18-year-old’s humanity and instills in him an instinct for extreme brutality?

Put another way, how stupid are we?

There’s a reason we say in times of great peril, “Send in the Marines,” and it’s not because of the few brave, committed women among them. But try to find someone in today’s military willing to say so….

Then at the end, she quotes a retired Methodist minister who counsels veterans navigating post-traumatic stress disorder:

“Marines embrace the warrior archetype more than other branches. The shadow of this is patriarchy, misogyny and brutality. We are trained to be killing machines, deadening all emotion except anger. We’re told we don’t have the luxury of sensitivity, so we objectify everything, including women.”

Still, he’s optimistic, saying that we need to return to “the embodiment of the hero archetype in the medieval knight. Aggressiveness can be coupled with honor, nobility and compassion.”

Maybe so. But knights typically didn’t joust with women, which may be the most salient inference. That said, chivalry has a place here. An apology to the women who exposed themselves to the few, not the proud, would be appropriate — both as gesture and punishment.

69 thoughts on “Kathleen Parker on the Marine nude-photos scandal”