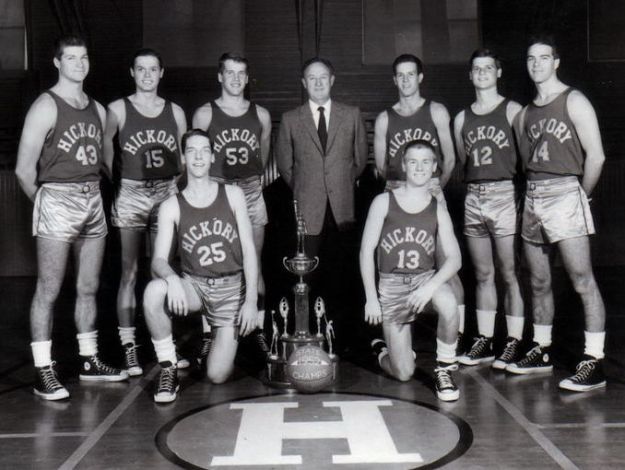 All the Gamecock basketball excitement over the weekend caused me to go back and watch “Hoosiers” again, even though I had already done so once in the past month or two. I figured I needed to brush up on my sports jargon, so I could say stuff like:

You’re playing Gonzaga Saturday. Ain’t nobody knows ’em better’n me. Now, I been watchin’ how you’ve been breakin’ the colts. But, my friend, you cannot play them all the way man-to-man. They got no head-toppers. Gonzaga? A bunch o’ mites. Run you off the boards. You gotta squeeze ’em back in the paint. Make ’em chuck it from the cheap seats. Watch that purgatory they call a gym. No drive, 12 foot in. That’ll do…

I still think some of what Shooter told Coach was gobbledegook, but it sounded deep.

Anyway, as happens when I’m watching a movie with an iPad on my lap, I started looking up the colts to see what happened to them. Some of them tried to pursue a movie career, with minimal success. One (Merle) committed suicide at 39. Another — Rade, who violated Norman Dale’s 4-pass rule in the first game, is a successful dentist, and looks just the same except that his hair’s not slicked down.

Anyway, I ran across this fun picture from this past November, when the Huskers reunited in Indianapolis, and were interviewed on a radio show. I hope Kent Sterling, the radio host, won’t mind my sharing this. It’s pretty cool… 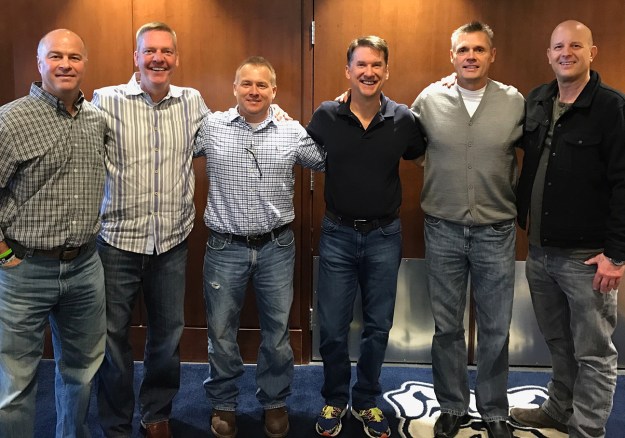 Pictured are, left to right:

And who doesn’t get goose bumps when, at the end, the camera zooms in on the team photo and you hear Gene Hackman say, “I love you guys…”

17 thoughts on “Revisiting the Hickory Huskers”