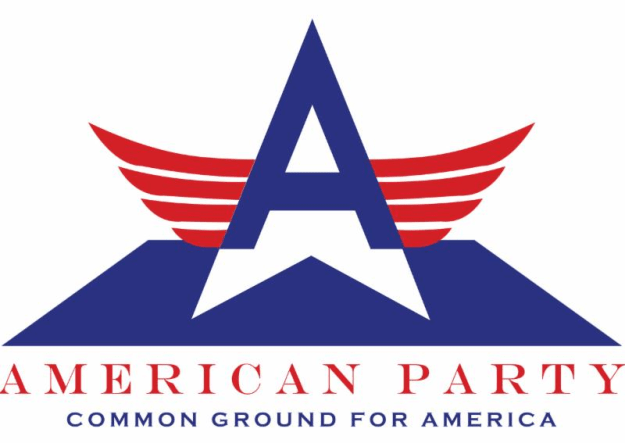 The American Party started by Jim Rex and Oscar Lovelace awhile back (not to be confused with the George Wallace version) is probably the closest organized group out there to the UnParty (a.k.a. the Grownup Party), even though I can’t bring myself to buy into some of its precepts.

So I’m going to run this release about their candidate for Mick Mulvaney’s 5th District congressional seat in its entirety, since you probably haven’t seen it:

The special election in South Carolina that will determine on June 20th who replaces Republican Mick Mulvaney in the US Congress is an early bellwether of the current sentiment in America.
Are South Carolina voters in the 5th Congressional District satisfied with our present political status quo, or are they ready to make another choice and pick a new, constructive approach to our many challenges?
The American Party candidate, Josh Thornton, provides that new choice – and direction!
Please take a minute to read his candidacy announcement below as well as the press release from a courageous Republican candidate in the race who acted on her convictions by withdrawing her candidacy and switching her support to Josh Thornton and the American Party.
Whether you live in the 5th District or not, please consider helping us send a message to Washington DC, and America, that we are tired of the gridlock and division constantly perpetuated by our present dominant parties. It is time to fix our broken politics – and, it can begin in this special election!

My name is Josh Thornton. I am a 41 year old educator from Rock Hill, SC. I have been a private and public school educator for 19 years. I have been happily married to my wife, April, for 16 years and we have a 10 year old son. I received my Bachelor’s degree in Math education from Millikin University in Decatur, Illinois. 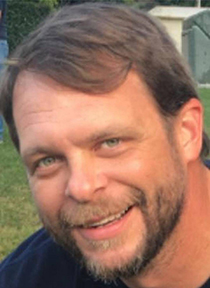 As a resident of York County for the past 13 years, I have voted in too many unopposed elections or elections with only two unacceptable choices. As a result, I am running for Congress in the 5th District of SC. The House of Representatives of the United States was formed to give voice to every man and woman in our country. When you look at past elections and the current list of announced candidates for the 5th District, most are established career politicians, party officials, long term insiders or party activists.
I am running for Congress for several reasons. One being that the people of SC need a candidate who is not just another political partisan, but instead is someone who represents a positive choice for badly needed progress. South Carolinians need to ask themselves if they were positively motivated during the last election cycle. Or, if they were instead, merely choosing between the “lesser of two evils”.
We need meaningful competition in our political races in SC. For example, we need competitive general elections, not just competitive Republican primaries. It is time that South Carolinians had a substantially different choice in our elections. That new choice is Josh Thornton of the American Party.
The 5th Congressional District’s special election is a unique opportunity for the voters of our district to send a message to Washington, and to our Nation. We can make it clear that we are tired of choosing between a partisan “warrior” with a “D” or with an “R” next to their name- a partisan who follows the mandates of their party, even when it inevitably leads to harming our nation and dividing our people.
Our two party system is a broken system that is causing unprecedented gridlock. Republicans feel forced to vote in favor of the President and Democrats feel forced to vote against the President. This is catastrophic for the American people, because they often vote according to their Party mandates and at the expense of their constituencies. An American Party Congressman will be able to vote in favor of a Presidential policy when it is positive for their district and their Nation and to vote against policies that would be detrimental. An American Party member of Congress will be able to function as an independent public servant whose only objective will be to benefit the majority of the citizens of their district and their nation.
Government should be by the people and for the people; not, by the rich and for the party. It is time to give the people of SC a new choice and a new approach to governing. We have never needed it more than now.

Penry Gustafson of Camden, SC has suspended her campaign to run for U.S. Congress. She had previously announced publicly she would be filing as a Republican in an already expansive race to fill Mick Mulvaney’s 5th Congressional District seat. This statement clarifies the reasons for her decision and the change in plans for her political future.

“Where and when one starts politically is essential. I want to make absolutely certain to choose the right place for my personal beliefs and political ideology. More importantly, my family has always come first before career, and at this moment, I am needed more there than anywhere else.”

Her desire to bring back decency and common sense to public office is what drove her to enter the race. “I could not turn away from this wonderful opportunity to prove that the average citizen can seek public office along with the career politicians that seem to drive every single election.” Her slogan “Voice for All” refers to all citizens, all voters, all potential voters. She claims “Open, balanced solutions to complex problems is what is needed right now to calm the rocky waters.”

Her platform issues included bringing back trust, respect, and honor to our publicly held positions; providing an alternative choice for voters outside establishment candidates; supporting and implementing term limit legislation for all publicly held positions; working toward racial reconciliation; and using a fiscally responsible approach towards a workable balanced budget.

Having never run for office, Gustafson naturally decided that the Republican Party would be her best chance at winning any future elections in South Carolina and was advised that doing otherwise would be “political suicide.” She has been a voting Republican since 1988. However, after intense review and consideration, Gustafson is now supporting and plans to represent the third largest certified party in the state, the American Party. A modern and moderate party founded in 2014 in SC, The American Party, addresses our growing political dysfunction and offers more choices for the voting public.

Jim Rex, American Party Chairman says, “The American Party welcomes the involvement and support of Penry Gustafson!The Party was created by former Republicans, Democrats,and Independents who believe we need a new choice and approach to politics in our State and Nation. Penry Gustafson’s considerable talents and attributes-along with her unselfish patriotism-will be animportant addition to our efforts to fix a broken system.”

Gustafson intends to support Josh Thornton, a Rock Hill educator and American Party candidate. Finally, Penry proclaims, “We need viable candidates not beholding to special interests, lobbyists, or the two-party system, who can truly represent everyone.”
Please check out: thornton4congress or, call 803-360-4417 to talk about how you can help.

6 thoughts on “SC’s American Party has a candidate in the 5th, too”