If seems that Grover Norquist no longer runs the South Carolina House of Representatives.

Jay Lucas does. And he’s doing a good job. Along with Rep. Gary Simrill and everybody who voted for his bill yesterday.

It shouldn’t be remarkable that the House just voted to increase the state gasoline tax by (eventually) 10 cents a gallon. After all, everything about the situation would tend to lead any reasonable person to take that action:

But as we know, our Legislature hasn’t been inclined to make calm, objective decisions with regard to taxes since the GOP took over in 1995. Since then, taxes have been for cutting, no matter the situation — because ideology rather than real-life conditions have ruled. And that approach, as the Speaker says, “simply places politics above responsible public policy.” 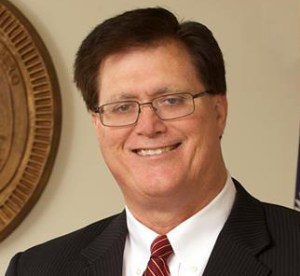 Of course, you don’t have to be an anti-government ideologue to have reservations about a tax increase. And in this instance, it would have been wrong to give DOT more money without reforming the governance of the agency. But this bill takes care of that, too.

Is this a done deal? Nope, because it still has to get through the Senate, which unlike the House isn’t run by anybody. As a body, it has been as allergic to DOT reform as the House used to be to tax increases. And that’s not the whole story. There’s also Sen. Tom Davis, whom The State today described as “libertarian-leaning,” which made me smile. Tom leans toward libertarianism the way Donald Trump leans toward self-aggrandizement.

But I want to praise Speaker Lucas and the House for getting us this far.

9 thoughts on “Thank for the leadership, Speaker Lucas”