This had me shaking my head this morning:

President Trump effectively declared war Thursday on the House Freedom Caucus, the powerful group of hard-line conservative Republicans who blocked the health-care bill, vowing to “fight them” in the 2018 midterm elections.

In a morning tweet, Trump warned that the Freedom Caucus would “hurt the entire Republican agenda if they don’t get on the team, & fast.” He grouped its members, all of them Republican, with Democrats in calling for their political defeat — an extraordinary incitement of intraparty combat from a sitting president…

I just don’t feel like I’ve got a dog in that fight; do you? All I could think of to say was this:

Is there a way we can ensure that BOTH lose? https://t.co/ZtcB3cQR1D

Is this what American political discourse has become? A to-the-death battle between irrational fringe elements, with neither side having a clue how to run a government — or even any interest in doing so?

Look at what, thanks to gerrymandering, Republican primaries have become:

The ad battles are heating up in the 5th District special election, including one spot that calls out GOP lawmakers for “folding” on the Confederate flag.

Republican Sheri Few of Lugoff launched her first radio ad in the congressional race this week, attacking “weak Republicans” who voted to remove the Confederate flag at the S.C. State House in 2015 in the wake of the Charleston church massacre.

“I’m running for Congress to reject political correctness,” Few says in the ad, a 60-second spot airing in the Columbia market….

And for you aliens who are visiting our planet and trying to understand how our politics work, here’s the exlanation:

Few is competing for right-wing Republican voters in the May 2 primary, which is expected to have a low turnout…

Any of y’all ever have an extended conversation with Sheri Few? It’s… an experience. 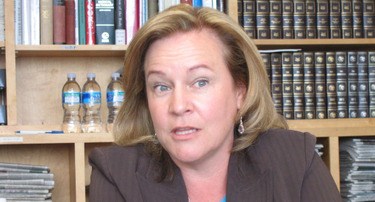