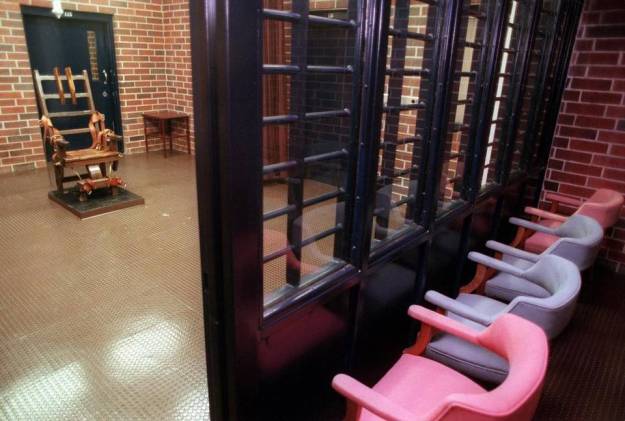 The state of South Carolina’s electric chair, once a more frequently used form of execution, is shown here in 1998. The viewing room to the right is where media, lawyers and family members from both sides sat as witnesses. THE STATE File photograph

I hope my friends at The State won’t mind my using this old file photo they just posted, but I was really struck by the incongruity of the decor.

Imagine that being your last sight as you were being executed. Instead of, “I really wish I hadn’t done it,” you might think, “Where the hell did those chairs come from? Couldn’t they have found something a bit more respectful of the occasion?” Which would be a stupid thing to be thinking at a time like that…

Those chairs look like they escaped from a “My Pretty Pony” cartoon. I wonder for what purpose the state ever purchased them to start with?