Bull Street is coming along fine. It’s got baseball…

Having seen this story in The State today:

Most members of the Bull Street Commission, a seven-member board appointed by Columbia City Council, said Monday that they are satisfied with progress at the former State Hospital despite raised expectations of a sprawling retail complex that so far have not materialized.

“I still feel the project is coming along at a reasonable pace,” said member Rebecca Haynes, a former president of the Earlewood Community Citizens Organization. “I think it’s way too early in a 20-year project for anyone to start throwing stones.”…

… I was wondering what y’all thought about how the development is going.

All I’ve really seen so far is baseball, but then, I keep telling y’all to be patient on the Innovista concept, so do I have room to talk?

Anyway, if all you’ve got to show is baseball, is that so bad? It’s better than what they’ve got going at Williams-Brice, in my book… 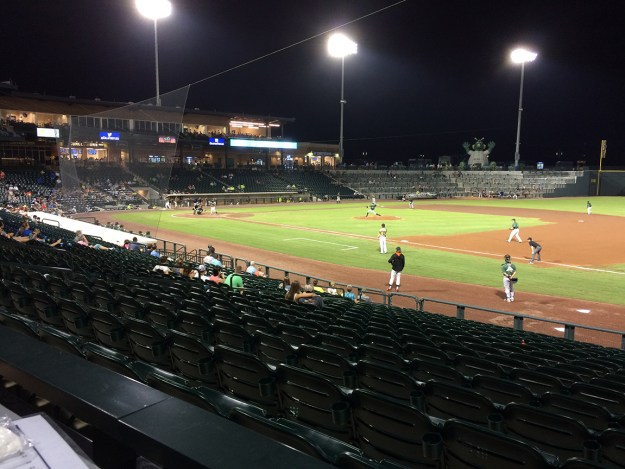