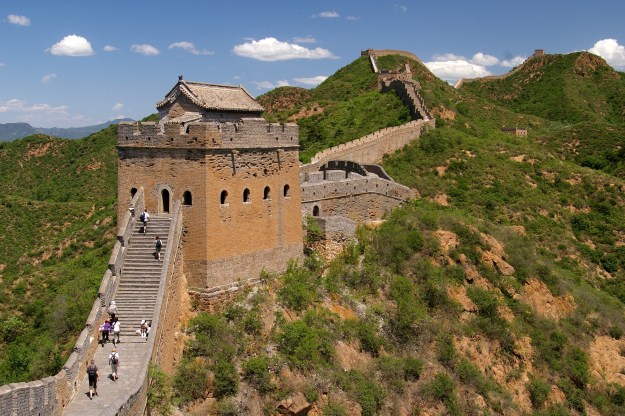 Mind you, I’m not saying we need to run pictures like this and report, “Look what Trump built!” Not exactly, anyway…

When I see headlines like this (in The New Yorker), it makes me a little nervous:

HOW TRUMP GAVE UP ON HIS BORDER WALL

It worries me because touting Trump’s failures walks all over his poor little ego, and it seems likely that such bruising would cause him to redouble his efforts. And we do not want that…

Look what happened with the Trumpcare failure. At first, he seemed content to let the whole repealing-Obamacare thing slide. But after about the billionth headline noting how he’d failed on this central (to his base) promise, he started pushing on Congress to try again.

And now, if everyone makes a big deal about him stepping away from the stupid wall thing, it’s liable to get his back up, and we’ll be wasting time talking about that again.

I’m not saying lie or mislead — I don’t want the media to actually start making a truth-teller out of Trump by reporting “fake news.” We don’t need to run pictures of the Great Wall of China on front pages and tout what a great job Trump did building it.

I’m just saying, you know, that maybe we could not rub in the failures as much. If he’s content to let his most spectacularly dumb ideas die a quiet death, maybe that’s a good thing.

I mean, report it, but don’t go on and on about it. Go easy on the poor guy; he’s having a rough year.

Sigh… I suppose she must…

4 thoughts on “Pssst, media types: Ixnay on the Umptray ailurefays…”