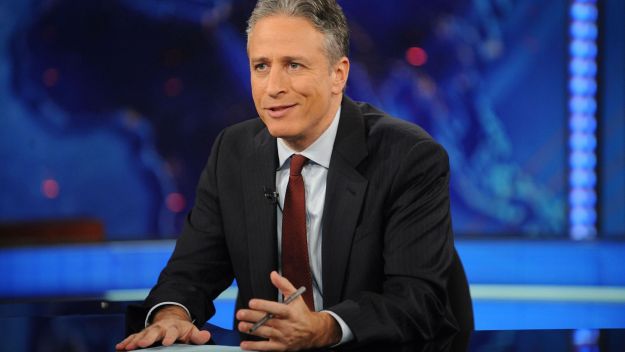 This guy’s off the air now, but I think he did more than anyone to produce the phenomenon under discussion.

Bryan, who is off somewhere in foreign parts today (California, I think), brings to my attention this piece from The Atlantic. Its headline is “How Late-Night Comedy Fueled the Rise of Trump,” with the subhed, “Sneering hosts have alienated conservatives and made liberals smug.”

Or at least, they were smug until Nov. 8.

The piece isn’t bad, although it gets sidetracked here and there, and reading it didn’t make me a whole lot smarter than I was after reading the hed and subhed — with which I agreed from the start.

Not that I didn’t learn anything new. For instance, I heard of this Samantha Bee person, and her salacious-sounding show “Full Frontal.” (Remember, folks, I don’t watch TV beyond Netflix, Amazon Prime and PBS.)

When I read the headline, I was picturing Jon Stewart — who, although he’s been replaced by Trevor Noah, still seems the perfect example to illustrate the point.

Here’s probably the best bit in the piece. It comes after the author has established, in fairness, that Donald J. Trump is any comedian’s dream, and richly deserves every bit of mockery aimed at him and more (which is obviously true):

So Trump has it coming, and so do the minions pouring out of his clown car, with their lies and their gleeful disregard for what Nick Carraway called “the fundamental decencies.” But somewhere along the way, the hosts of the late-night shows decided that they had carte blanche to insult not just the people within this administration, but also the ordinary citizens who support Trump, and even those who merely identify as conservatives. In March, Samantha Bee’s show issued a formal apology to a young man who had attended the Conservative Political Action Conference and whom the show had blasted for having “Nazi hair.” As it turned out, the young man was suffering from Stage 4 brain cancer—which a moment’s research on the producers’ part would have revealed: He had tweeted about his frightening diagnosis days before the conference. As part of its apology, the show contributed $1,000 to the GoFundMe campaign that is raising money for his medical expenses, so now we know the price of a cancer joke.

It was hardly the first time Full Frontal had gone, guns blazing, after the sick or the meek. During the campaign, Bee dispatched a correspondent to go shoot fish in a barrel at something called the Western Conservative Summit, which the reporter described as “an annual Denver gathering popular with hard-right Christian conservatives.” He interviewed an earnest young boy who talked about going to church on Sundays and Bible study on Wednesdays, and about his hope to start a group called Children for Trump. For this, the boy—who spoke with the unguarded openness of a child who has assumed goodwill on the part of an adult—was described as “Jerry Falwell in blond, larval form.” Trump and Bee are on different sides politically, but culturally they are drinking from the same cup, one filled with the poisonous nectar of reality TV and its baseless values, which have now moved to the very center of our national discourse. Trump and Bee share a penchant for verbal cruelty and a willingness to mock the defenseless. Both consider self-restraint, once the hallmark of the admirable, to be for chumps….

She returns to that incident at the end:

… I’ve also thought a good deal about the boy on Samantha Bee’s program. I thought about the moment her producer approached the child’s mother to sign a release so that the woman’s young son could be humiliated on television. Was it a satisfying moment, or was it accompanied by a small glint of recognition that embarrassing children is a crappy way to make a living? I thought about the boy waiting eagerly to see himself on television, feeling a surge of pride that he’d talked about church and Bible study. And I thought about the moment when he realized that it had all been a trick—that the grown-up who had seemed so nice had only wanted to hurt him.

My God, I thought. What have we become?

But there’s something to her thesis beyond citing pain inflicted upon victims with whom even the most indoctrinated liberals might sympathize. She touches on the broader point when she says “the tone of these shows [is] one imbued with the conviction that they and their fans are intellectually and morally superior to those who espouse any of the beliefs of the political right.”

And then she wonders whether that tone is largely responsible for Trump supporters’ dismissal of “the media,” by which she means in this context HBO, Comedy Central, TBS, ABC, CBS, and NBC — the very networks that present the comedy shows. The point being that folks who feel so insulted by the late-night comedy tend to associate it with the news programming on the same networks, and dismiss it all.

You say “media” to me, and I think of the news that I consume — from leading print outlets to NPR. Others don’t see it that way, I’ve long been forced to realize. They think of television, and sometimes — perhaps most of the time — they have trouble distinguishing between the “news” presented by celebrities one hour from the entertainment presented by other celebrities in a different time slot.

Which is understandable, if regrettable… 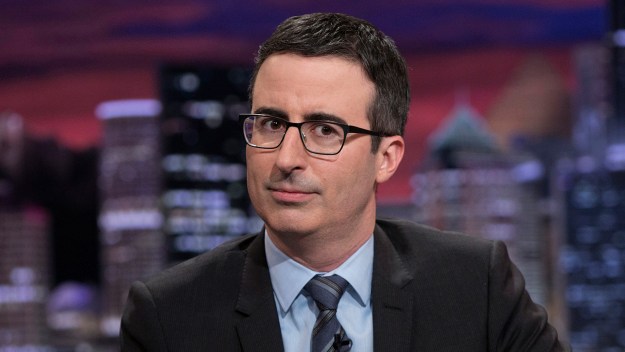 I’d say the King of the Sneerers now is probably this guy.

56 thoughts on “Sneering at the masses, and how it helped lead to Trump”