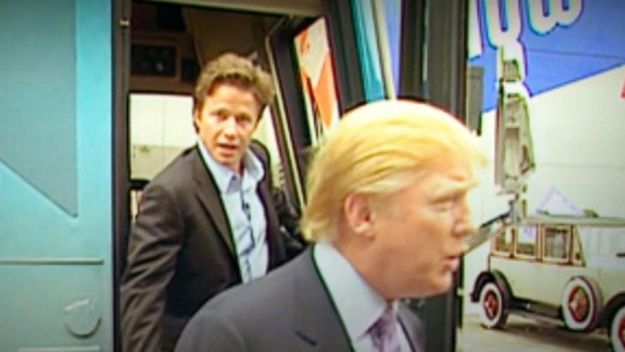 Yes, slimey TV personalities who abuse women SHOULD get canned…

The world we live in gets stranger every day. For the last two days, I’ve been traveling and a bit out of the loop. So I sit at my laptop to catch up on the news before ending my day, and I see that the lead story on most of the news sites I follow is about a TV personality losing his job.

This is probably one of these things like NCAA tournament games coming to Columbia two years from now — people who follow 24/7 cable TV “news” are likely to see it as a far bigger deal than I do.

To the extent I have an opinion about it, I say way to go, Fox. If the allegations are true, sounds like he’s a major slimeball. But I have to say I’m more concerned about the fact that we have a president who has boasted of similar behavior.

Check out this Jennifer Rubin column, appropriately headlined “Trump’s ethical squalor is worse than you thought.”

From his abuse of his access to secret intelligence to smear the former administration to the unbelievably tawdry, petty, tacky personal financial dealings of the Donald and his kin, we are seeing behavior we have never, ever seen on the part of anyone with so much power over our country and the world. As the conservative columnist writes:

President Trump’s ethical sloth and financial conflicts of interest are unique in American history. (The Harding and Grant administrations were rife with corruption, but the presidents did not personally profit. Richard Nixon abused power but did not use his office to fatten his coffers or receive help from a hostile foreign power to get elected.) But it keeps getting worse….

You would think, reading of his doings and the business dealings of daughter Ivanka, that these were dirt-poor people who had for the first time in their lives set eyes on a chance to pick up a dollar, and were so desperate to seize the opportunity while it lasts that they would never pause for a second to consider the ethical considerations. What do I mean? Cheesy stuff like this, which Ms. Rubin cites from The Associated Press:

On April 6, Ivanka Trump’s company won provisional approval from the Chinese government for three new trademarks, giving it monopoly rights to sell Ivanka brand jewelry, bags and spa services in the world’s second-largest economy. That night, the first daughter and her husband, Jared Kushner, sat next to the president of China and his wife for a steak and Dover sole dinner at Mar-a-Lago, her father’s Florida resort….

And yes, this is part of a pattern:

This is hardly an isolated event for Ivanka Trump. Recall that as she was working on a clothing deal with a Japanese apparel giant — whose parent company’s largest shareholder is wholly owned by the Japanese government — she was sitting in a transition meeting with Japanese Prime Minister Shinzo Abe. Even aside from this, Jordan Libowitz, spokesman for Citizens for Responsibility and Ethics in Washington, observes: “This raises serious questions that we should not have to be asking. The White House is not a side gig.”…

Yeah, I know — this stuff (and Trump’s ongoing refusal to disclose his tax returns or truly wall himself off from his businesses) is going on every day, and doesn’t seem as fresh as the nasty doings of some guy on TV.

But, as I keep saying, we can’t allow ourselves for a moment to regard any of this as normal…