Just got an email from Norm Ivey asking, “I trust your judgement on this stuff. Does this news worry you?”

You bet it does. It’s from Reuters (which is to say, actual news, not fake):

Top Trump administration officials will hold a rare briefing on Wednesday at the White House for the entire U.S. Senate on the situation in North Korea, senior Senate aides said on Monday. 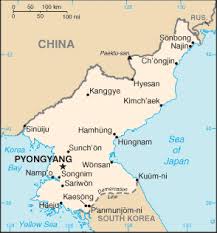 All 100 senators have been asked to the White House for the briefing by Secretary of State Rex Tillerson, Secretary of Defense Jim Mattis, Director of National Intelligence Dan Coats and General Joseph Dunford, chairman of the Joint Chiefs of Staff, the aides said.

While top administration officials routinely travel to Capitol Hill to address members of Congress on foreign policy and national security matters, it is unusual for the entire 100-member Senate to go to such an event at the White House, and for those four top officials to be involved….

18 thoughts on “Yes, the entire U.S. Senate going to the White House for a briefing on North Korea does worry me”