How do you define “fake news?” I ask because people tend to use it to mean opposite things. I think.

Everyone check my memory on this: I seem to recall that the phrase “fake news” emerged last year as a description of Breitbart and other fringe outlets that tended to be consumed by Trump supporters. It was coined by mainstream types. And then at some point, perhaps in the fall, Trump himself started using it to refer to what most people would call simply “news.”

Which is fitting, because it sounds more like what someone like Trump would say. It’s just the sort of odd word choice, lacking in precision, in which he tends to revel.

To what, precisely, does it refer?

If I’d heard it in a vacuum, uttered neither by or about Donald Trump, my first guess would be that it was a reference to the sort of thing The Onion does so well — “news” that is indeed fake, and meant to be understood as such. Of course, it has to have a passing resemblance to actual news in order to be funny. One of my favorite Onion tropes is the “area man” reference in headlines (such as, “Area Man Accepts Burden Of Being Only Person On Earth Who Understands How World Actually Works“), gently poking at the lack of imagination of America’s more provincial copy editors.

But that’s not what Trump means when he says it.

It could mean all sorts of things.

It could be something that is true, but isn’t really (in the opinion of the speaker) news, and I think maybe Trump means it that way sometimes — news media reporting on “the Russia thing” instead of real news, which would be about how awesome Trump is.

Or it might be something that isn’t true. Of course, we generally don’t see evidence that supports such an assertion, do we?

It could mean opinion instead of news. I get the impression sometimes that people who call the various 24/7 cable news channels “fake news” are reacting to the fact that so much of what is said is opinion. Well, it has to be. There just isn’t all that much to say about news without getting into opinion, and these channels are trying to fill the 24 hours. That should be understood, but in fact is more often simply resented. (My advice to those who don’t like it: Read your news; don’t watch it. That’s what I do.)

Sometimes it seems to mean news that isn’t held to a high-enough standard — as when Trump decries the use of anonymous sources, an objection he shares with many journalists. In this case, he’s using it to mean “sloppy,” except when he goes overboard and claims the sources simply don’t exist. Then he means to say “lies.”

Anyway, how do you take it when you hear it — or, perish the thought, when you use it yourself? 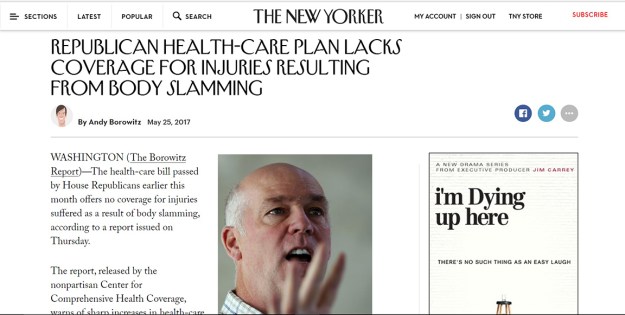