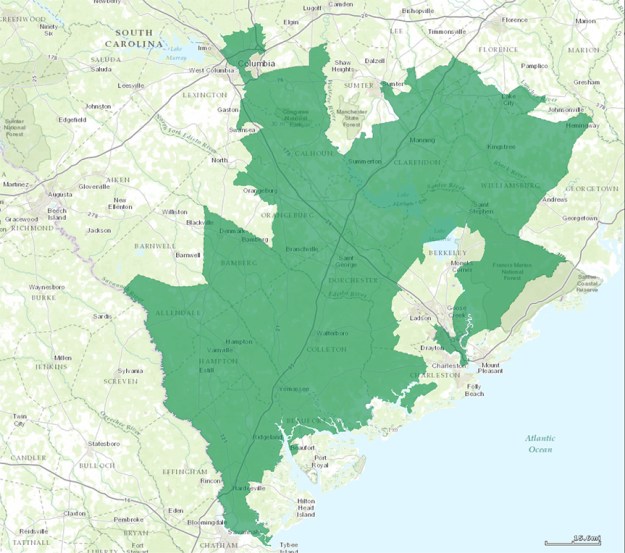 The Supreme Court ruled Monday that North Carolina’s Republican-controlled legislature relied on racial gerrymandering when drawing the state’s congressional districts, a decision that could make it easier to challenge other state redistricting plans.

The decision continued a trend at the court, where justices have found that racial considerations improperly tainted redistricting decisions by GOP-led legislatures in Virginia, Alabama and North Carolina. Some cases involved congressional districts, others legislative districts.

The states contended that their efforts were partisan moves to protect their majorities, which the Supreme Court in the past has allowed, rather than attempts to diminish the impact of minority voters, which are forbidden….

The states argued that way because, bizarrely, our courts decided long ago that it was OK to stack districts to elect members of this or that party, or to protect incumbents — which to me has always seemed an abdication of the judiciary’s responsibility to check the power of the legislative branch. If lawmakers can perpetuate their personal holds on their districts, how is that unlike inherited titles, or the “rotten boroughs” that Britain did away with in 1832? But that’s just me.

I’d like to see the court take a good look at South Carolina next, if it gets the opportunity.

It should start with the 6th Congressional District, which is where GOP strategy in drawing congressional lines begins. Since 1990, our lawmakers have packed as many black voters into it as possible, so as to make our other six districts whiter and more likely — in practice now, virtually certain — to elect Republicans.

The trick, of course, will be proving a racial intent, since race and partisan leaning are so closely related. I don’t think our Republican representatives would care whether their constituents were black, white or green, as long as they voted for Republicans. But as we know, even if you drew the lines purely by voting patterns and didn’t have racial data available, if you draw a reliable GOP district, it’s going to very white.

The fact that it ends up that way can’t really be disputed — although the 5th and 7th districts “look like South Carolina” being 66.7% and 65.4% white respectively, they don’t look much like districts that include part of, or border on, the Pee Dee. And the other four GOP districts are whiter, with the whitest being the 3rd, at 76.9%.

I gleaned these figures from Wikipedia:

At a glance, the 6th doesn’t look all that gerrymandered, until you focus on that crazy indentation that excludes the white suburbs of Charleston. And then you notice how, all along the coast, the rest of the southern border of the district goes almost, but not quite, to the beach — thereby drawing out the affluent white beaches while retaining the poor, black parts of those counties on the inland side of the Intracoastal Waterway.

Then there’s the weird little projection into Columbia at the top — which looks even more bizarre when you see what it fits into: an odd hook-like structure on the 2nd District map (below) that gives all of Columbia’s white suburbs to Joe Wilson.

Thus, Jim Clyburn is free to be the sort of Democrat that closely allies himself with Nancy Pelosi and know he’ll never lose his seat while he still wants it. And Joe Wilson, a Republican of an earlier time, is safe as long as he hangs on tight to the ears of whatever wild ideological beast is rampaging through his party at a given moment (yelling “You Lie!” helped with that, as inconsistent as it was with his personality).

It doesn’t really matter whom Republicans nominate in the 6th District, or whom Democrats find to put up in the 2nd. There are no choices to be made here.

And that’s very, very bad for our Republic.

You can see the same thing repeated again and again if you study state legislative districts. But this is the one that’s easiest to see. 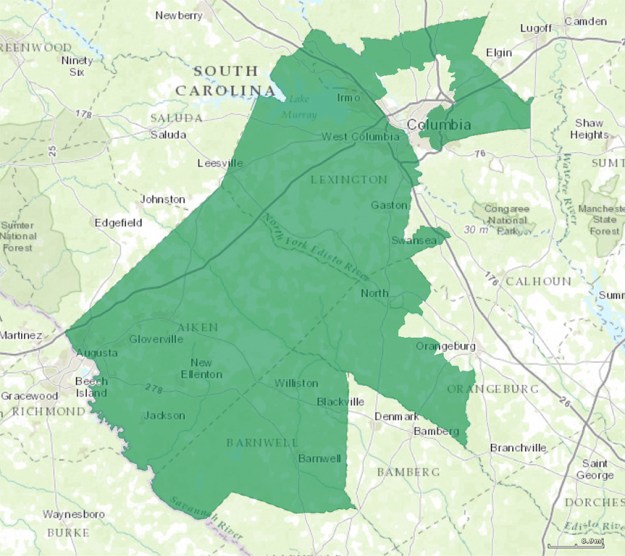