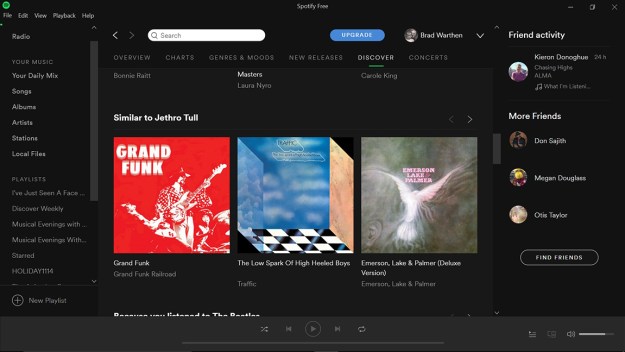 I let Spotify make some suggestions to me this morning, only to end up scoffing at them.

Seriously, how was Grand Funk Railroad anything like Jethro Tull?

And how do you get from Joni Mitchell to Bonnie Raitt, beyond the superficial commonality of them both being female? Their music is nothing alike. Bonnie was sort of this bluesy rock performer who I always thought rather run-of-the-mill, while Joni was something of a folk-pop genius. Carole King was a genius, too, but the stuff she performed herself was all piano-based.

And what, other than the time in which they were popular, did the Mills Brothers have to do with Jimmy Dorsey? They were all about the vocals, not the band — the harmonizing of those unbelievably smooth voices.

Come on, Spotify — make an effort, OK? If you know I like a certain sound, at least suggest music that is somewhat like it… 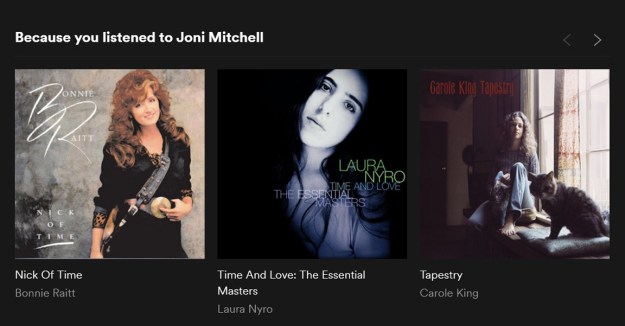 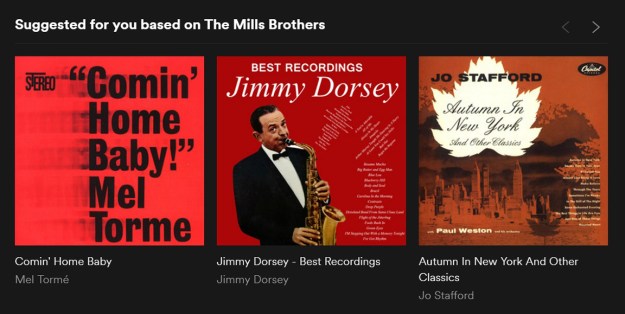 8 thoughts on “How, pray tell, was Grand Funk like Jethro Tull?”