I wish to call to your attention this piece by Robert Samuelson of The Washington Post Writers Group. 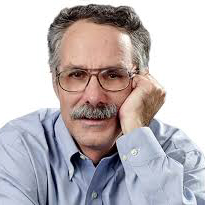 Let’s be clear: America is an undertaxed society. Our wants and needs from government — the two blur — exceed our willingness to be taxed. This has been true for decades, but it’s especially relevant now because the number of older Americans, who are the largest beneficiaries of federal spending, is rising rapidly. Unless we’re prepared to make sizable spending cuts (and there’s no evidence we are), we need higher taxes.

To the extent that President Trump’s proposed “tax reform” obscures or worsens this inconvenient reality, it is a dangerous distraction. We cannot afford large tax cuts, which are pleasing to propose (“something for nothing”) but involve long-term risks that are not understood by the president or, to be fair, by economists. Piling up massive peacetime deficits is something we haven’t done before. We cannot know the full consequences….

Looks like Samuelson’s bucking to be named patron saint of the Grownup Party, noting matter-of-factly that not only are vegetables good for us, but we must eat them.

By the way that line, “America is an undertaxed society,” goes double — no, triple, nay, 100 times — for South Carolina. I just thought I’d point that out for those still confused, especially the senators who think you can’t raise a tax that badly needs raising — the gas tax — without lowering some other taxes that has nothing to do with it.

14 thoughts on “Robert Samuelson reminds us vegetables must be eaten”