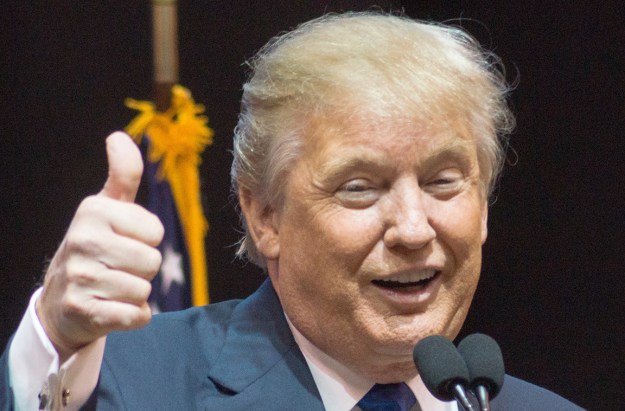 Just change the name, and call it a win!

Basically, I just said it in the headline. But to elaborate:

The GOP Congress is at an impasse because it’s impossible to please both the Cro-Magnon wing of the party, which wants to make sure nobody gets healthcare from the gummint, and the moderate members, who know that their constituents don’t want to lose anything they’ve gained from Obamacare — such as providing coverage for people with pre-existing conditions.

For his part, Trump has promised that the replacement will be awesome, terrific, and nobody will lose out on anything.

And we know that the real problem with the ACA for Republicans is that it’s identified with Barack Obama. If you could somehow hypnotize every GOP voter into forgetting about the former president’s involvement, the whole repeal imperative would just fade away. They might not learn to love it, but they wouldn’t hate it the way they do.

And we know that the current president just loves putting his name on things, especially if they’re shiny, and isn’t particularly fussy about the facts as long as he gets credit.

So why not start calling the ACA “Trumpcare,” tell everybody “Obamacare” is gone, and have a party to celebrate?

You think this sounds stupid? What do call what the GOP has done on the issue so far? This approach is at least something doable…

37 thoughts on “Why doesn’t GOP just change the name to ‘Trumpcare’ and declare victory?”