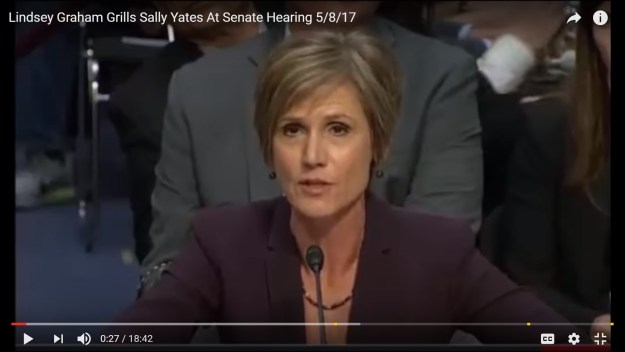 Or maybe you can’t. His title was deputy editorial page editor, but I don’t know how editorial decisions are made at that paper, so I can’t say whether he had any influence over board positions, much less a decisive one. There is evidence to indicate his influence didn’t extend far beyond his own columns — even though, for a period last year, the Journal did seem genuinely interested in stopping Trump.

In any case, the paper’s editorial about Lindsey Graham’s hearings on Russian meddling in our election, flippantly headlined “When the Senate Met Sally” (you can read the whole thing here), was rather lacking in deep concern about what Sen. Graham was (from what I’ve read and heard) legitimately focused on — the Russians.

And it ended with a conclusion that was as pure a Republican talking point as you could find — trying to distract from what the Russians did to how we knew about it, or at least how we knew about Michael Flynn’s role:

So far the only crime we know about in this drama is the leak of Mr. Flynn’s name to the press as having been overheard when U.S. intelligence was eavesdropping on the Russian ambassador. Mr. Flynn’s name was leaked in violation of the law after he was “unmasked” by an Obama Administration official and his name was distributed widely across the government.

We don’t know who did the unmasking, but on Monday both Mrs. Yates and former Director of National Intelligence James Clapper admitted that while in office they had personally reviewed classified reports about “Mr. Trump, his officials or members of Congress” who had been “unmasked.” Both also admitted that they had shared that information with others in government, though they did deny leaking to the press.

We thought readers might like to know those details in case they go unreported anywhere else in the press. The unmasking of the names of political opponents is a serious concern, and the American people need to know how and why that happened here.

That’s the sort of thing the Trump White House would put out, if it had its act together and was capable of projecting a coherent, consistent message. Which, as we know, it isn’t.

Oh, and by the way… As for that childishly petulant “in case they go unreported anywhere else in the press,” I was fully aware of it before I got to the WSJ. I think I first read of Republicans’ fixation on that point in The Washington Post. Anyway, the Journal knows (or should know) better than to say such things as that. It’s more what you’d expect to see in a Tweet from Trump himself, not serious writing by anyone who knows what he’s about… 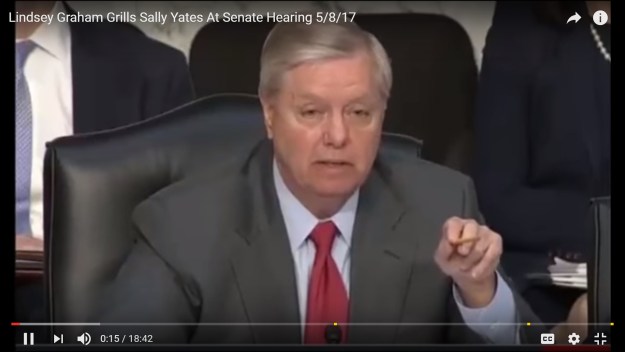