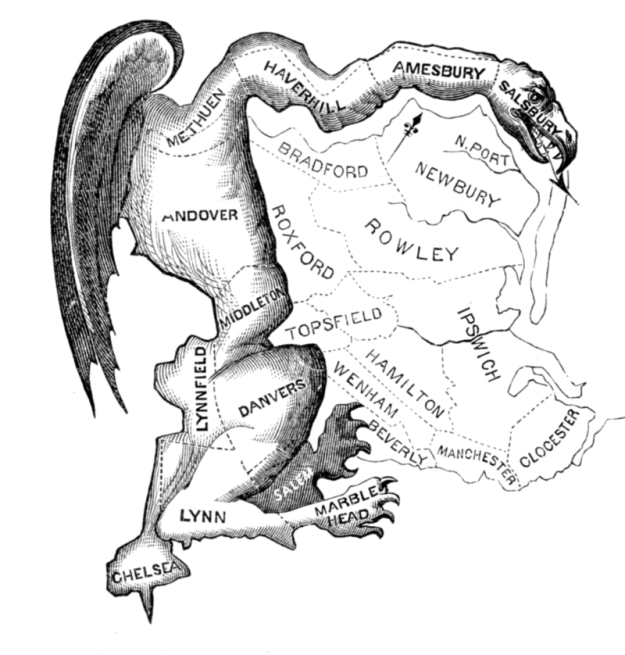 This morning, I was in the middle of reading an E.J. Dionne column tracing the history of the breakdown in civility in our politics — headlined “The destruction of political norms started decades ago. Here’s how it happened” — when I received news of something that could actually reverse the evil process he was writing about:

The Supreme Court declared Monday that it will consider whether gerrymandered election maps favoring one political party over another violate the Constitution, a potentially fundamental change in the way American elections are conducted.

The justices regularly are called to invalidate state electoral maps that have been illegally drawn to reduce the influence of racial minorities by depressing the impact of their votes.

But the Supreme Court has never found a plan unconstitutional because of partisan gerrymandering. If it does, it would have a revolutionary impact on the reapportionment that comes after the 2020 election and could come at the expense of Republicans, who control the process in the majority of states….

A lot of us realize that the perpetual contest between the parties started getting nasty in the 1990s. (Actually, it got bad here and there even before that, but the cancer metastasized in the ’90s — and got much worse each decade after.)

And a huge reason for that is that the parties — particularly the GOP, as the story above notes — got much, much better at drawing people who might vote for the opposite party out of “their” districts.

Consequently, general elections came to mean nothing, and primaries became contests to see which candidate could be more extreme. That poisoned the partisan atmosphere to the point that even races for non-district offices, such U.S. Senate and president, became distorted as well.

And as I’ve said so many times, to the extent there’s a universal cure what what ails us politically, doing away with partisan gerrymandering is it. No single thing could do more to restore our republic.

So I’m pretty pumped about this. You?

68 thoughts on “A New Hope: SCOTUS to consider fixing gerrymandering”