Allendale County schools are known for a number of things, none of which is excellence. 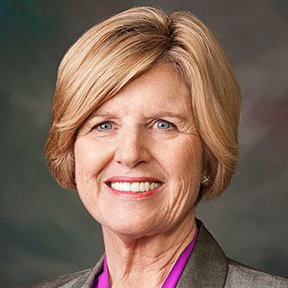 The dysfunction starts at the top. Back in the ’90s, a school board member was accused of pulling a knife on the board chairman during a budget discussion. He was later, it should be said, acquitted.

A while later, then-Superintendent Inez Tenenbaum took over the district for a time, and for a time, things got better. But what gains there were were lost in the decade since local folks resumed control.

Now, Molly Spearman is trying again. And she’s laying the blame for the schools’ failure squarely upon the local officials:

“Management decisions that put self-interests ahead of our students’ achievement are unacceptable, and I will not stand by while students get left behind because of decisions the adults are making,” she said.

She declined to give specifics, other than to say whenever a new principal or superintendent attempted to make changes, Allendale County’s board intervened, and that nepotism can be a problem in the county of fewer than 10,000 people. Officials should make decisions based on “what’s best for students, not their relatives,” Spearman said….

She’s not being specific, but what she’s implying sounds pretty disgusting. Nevertheless, the local officials seem unashamed of themselves, since they’re suing to stop the takeover.

It will be interesting to see on what grounds local officials argue they should maintain control, given their record.

Locally-run schools are a great thing, when a community has the capacity, commitment and integrity to run them. Apparently, Allendale has again shown that it does not. Under the principle of subsidiarity, things should be run by the smallest and most local entity with the competence to run them. In Allendale County, that would appear to be the state.

Here’s hoping that this time, progress sticks. But I wonder whether that’s even possible unless the state keeps control indefinitely.

26 thoughts on “Can this takeover of Allendale schools make the difference?”