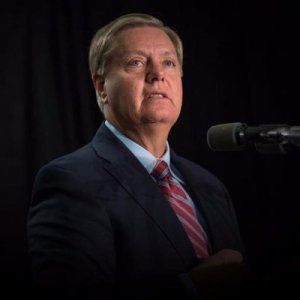 Today, we have our own Lindsey Graham calling Donald Trump to task for his continued efforts to degrade the office of president:

Mr. President, your tweet was beneath the office and represents what is wrong with American politics, not the greatness of America.

He was responding to these childish, crude outbursts:

…to Mar-a-Lago 3 nights in a row around New Year’s Eve, and insisted on joining me. She was bleeding badly from a face-lift. I said no!

That gross effort to defame a woman based on her appearance was not, apparently, even loosely based in fact. As a post at CNN dryly noted, “For the record, photos from Mar-a-Lago do not show any blood or bandages on Brzezinski’s face.”

But what if it had been accurate? Seriously, can anyone even begin to imagine a previous president of the United States of America publicly making such a crude observation?

And so it goes, as Donald J. Trump continues to go far, far out of his way to define the presidency downward…

42 thoughts on “Continuing to define the presidency downward”