Best Tweet of the day, or perhaps I should say best of the millennium so far:

None of us is an island, autonomous and independent from others. We can only build the future by standing together, including everyone.

Yes! That’s what I’m talking about! This is why I’m a Catholic, people!

I don’t just mean that the Pope said something cool, so yay, Catholics….

I mean it speaks to the whole communitarian nature of Catholicism’s appeal to me.

I became a Catholic in 1991, and over the years, when people ask me why, I generally say something like… Being a person with a strong sense of history, I wanted to join the original (in the West, anyway) church, and more than that the universal (which is what catholic means, y’all) church. 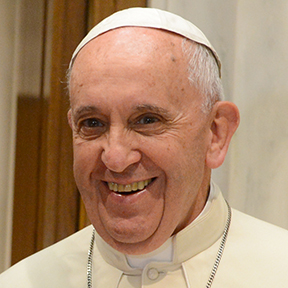 Before that, I had been, technically, a Baptist (I was really pretty nondenominational, but I was baptized in a Baptist church). And (please correct me if I’m explaining this wrong, Baptist friends) each Baptist church sees itself as a separate church. If you go to a Baptist church other than your home church, you are a visitor — a welcome one, in my experience, but a visitor. The universal church is the opposite of that: Wherever you go in the world, you are a communicant of whatever Catholic church you walk into. Back in the days of the Latin Mass, the language would have been the same.

I wanted to be in communion not only with all Catholics in the world today, but with all who had ever lived and ever would live. That’s the way I looked at it. That was my motivation. Not my only motivation, to be sure, but the one I was best able to articulate.

Looks like maybe the Pope is Catholic for some of the same reasons. You know, aside from being an Italian who grew up in Argentina…

58 thoughts on “In case you wondered, this is why I’m Catholic”