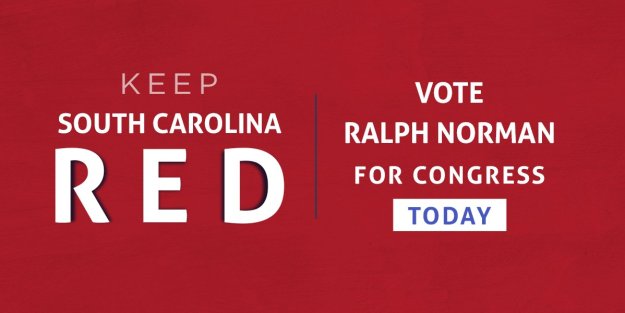 Bryan Caskey brought this to my attention. Apparently, Ralph Norman tweeted it out early on the day of the special election, with the message, “The polls just opened in SC and will stay open until 7 tonight. This is a very tight race so make sure you vote!”

Vote for this guy….because he’s a Republican. Apparently, that’s it.

Yup, that’s about the size of it. Actually… that overstates it. He’s not even being that explanatory. He’s just using a euphemism for being a Republican. And an unfortunate one, for a guy who’s anxious to be seen as a “conservative.”

I mean, if he gets on the Foreign Affairs Committee, is his mantra going to be, “Keep China Red?”

We’ll close with an appropriate tune, sung by the malchicks aboard Red October: