People on the left have told them it’s a horrible bill.

People on the right have told them it’s a horrible bill.

People in the center have done the same.

Yet Republican leaders in Congress keep on trying to resurrect it when it should be dead:

Senate Majority Leader Mitch McConnell is aiming to send a revised version of his health-care bill to the Congressional Budget Office by as soon as Friday, according to Capitol Hill aides and lobbyists.

The effort reflects the tight timeline McConnell faces in his attempt to hold a vote before the August recess — and the pressure he is under to make changes that improve the CBO’s measure of the bill’s impact on coverage levels and federal spending.

McConnell is trying to move quickly to produce a new CBO score by the time lawmakers return to Washington in mid-July, giving the Senate about two weeks to fulfill the majority leader’s goal of voting before the August recess….

Once again we see the relentless phenomenon that characterizes our politics. Keats said it this way:

People with good intentions see that the bill is dead, say “that’s good,” and turn away. They go back to their lives. But the people with the very worst, most destructive ideas just never, ever give up. It happens time and again.

It’s like, in the final reel of the horror movie, when everybody thinks Dracula is dead, and he pops back up out of his coffin yet again — because no one remembered to put the stake through his heart… 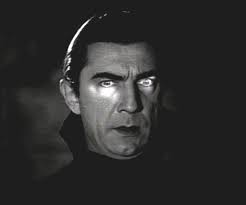