I had a dental appointment at 8 this morning, which meant I arrived there uncaffeinated, intending to eat afterward.

To keep from dozing off while the dentist and hygienist were out of the room, I looked at Twitter, and saw this from Bryan:

This was so predictable. The NYT can't help themselves from lying. It's like *they're* mentally ill. https://t.co/0EoPpEZgWp

And I’m like, say what? Has @realdonaldtrump taken over Bryan’s feed? I glanced quickly over the link provided, but couldn’t tell what he was trying to convey by the time people came back into the room and made me open my mouth again.

When I got into my car to leave, I saw I had a couple of direct messages from Bryan, to this effect:

I hope Palin sues the hell out of the NYT.

I mean, if you want “fake news” it’s right there.

You have the advantage of me, sir. As the foremast jacks would say, what are you on about?

I then drove downtown to get some breakfast. And coffee. When I got there, I found the following messages:

The NYT “Editorial Board” wrote a piece about the Scalise shooting. They specifically blame Palin for Loughner shooting Giffords. Explicitly. 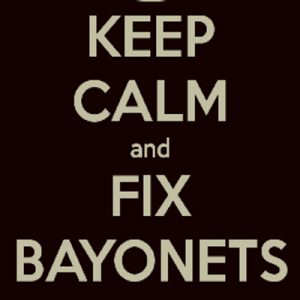 However, it has been specifically, demonstrably proven that Loughner had no idea about Palin, AND THAT WAS IN THE NYT back in 2011.

So the accusation in today’s editorial is demonstrably false according to the NYT itself.

Which, to my legal mind, is evidence of actual malice and enough to support a libel claim.

Do Editorial Boards not run things by lawyers on a regular basis? I can’t imagine any lawyer would have let them make this claim in today’s editorial.

… which was lot to take in during one’s first cup. I replied:

Well, I haven’t seen the reference, but obviously, no one intended to make a false claim. No one knew that they were doing so. They would have zero motivation for doing that. And when you don’t know something you’re referring to is problematic, why on earth would you consult a lawyer?

Just saying, this editorial is completely counterproductive to having both sides come together, not to mention utterly wrong.

And it was exactly what I predicted and exactly why I hoped the shooter wasn’t left-wing.

It’s another example of why lots of folks don’t trust big news outlets.

You can’t be “the paper of record” and get something factually wrong six year later.

Well, there are two things going on here. There’s the point the NYT is making, and there’s the error that was made in a reference to a different case. Critics see a connection between the two. I don’t.

“You can’t be ‘the paper of record’ and get something factually wrong six year later.” Of COURSE you can. Let’s suppose for a moment the NYT is the best paper in the world, as it believes it is. It would still make errors, regularly. You seem to be assuming omniscience on he part of the editors, and therefor not only intent, but malicious intent. You show me a long profile about this Loughner guy, and I’m taking your word that somewhere down in it, there’s something that negates the reference in that editorial. Then, you seem to assume that everyone who works at the Times, being omniscient, HAD to know that that fact existed, buried in a profile that appeared in the paper SIX YEARS AGO. Do you not see how unlikely your assumptions are?

It’s not hard to avoid saying false things you know are false.

“It’s not hard to avoid saying false things you know are false.” That’s 100 percent true. But I fail to see what that assertion has to do with the present case.

I assume the Editors of the NYT are informed about important things reported in their own newspaper. This wasn’t an obscure event.

I don’t think you have to be omniscient to know there was zero evidence linking Loughner to Palin.

I think our disconnect arises from the differences in our experiences. An attorney has months, sometimes years, to pursue and research anything and everything that might bear upon the case he’s presenting. Try going from concept to publication in half an hour.

Maybe. Might not be the best defense in court, though.

The fact that Gifford got shot was not an obscure event. The footnote you refer to most certainly was. I couldn’t have told you the guy’s name was Loughner…

“Might not be the best defense in court, though.” Actually, it is. Without intent — and if you think about this, you HAVE to see no one would make such a mistake intentionally (and I’m still taking your word that it’s a mistake, since Google isn’t helping me find independent evidence outside of Breitbart et al.) — you can’t have malice.

I then drove to work. By the time I got here, Bryan had written:

I think the fact that it was in their own newspaper is enough to show malice. Maybe a jury would disagree with me, but I think it’s certainly enough to get to a jury and survive a summary judgment motion. If Pailin asked me, I would take the case.

Could be some prize money in it.

And as long as I didn’t have former editorial page editors on my jury, I’d feel pretty good about my chances.

I’m against this editorial for that reason (it enables Trump), for the reason that it breeds distrust and reinforces existing distrust, and breeds contempt between opposing viewpoints. Literally no good comes from this awful piece.

As you can see, the NYT has now issued a correction, completely retracting their false claim – so you can stop taking my word for it that it was an incorrect claim.

Oh, it it fits into my previous point (a few weeks ago) about the “fake news” being this paradigm: (1) false story trumpeted out from large media source and then repeated by lots of other sources; (2) it’s proven to be factually wrong; (3) retraction/correction is made, but it doesn’t get the same fanfare the original wrong statement did; (4) general public never remembers the correction.

Ok. I’m off my soapbox. I’ll be getting back to some actual legal work now. Cheers.

Now that I was at the office and on my laptop (making typing less laborious), I concluded:

“I think the fact that it was in their own newspaper is enough to show malice. Maybe a jury would disagree with me…” It certainly would if a single person who had a clue about the newspaper business was on the jury. Because the expectation that the editors HAD to know about that point of fact buried in a profile six years ago is one of the wildest things I’ve heard this week.

Bryan, I want to drop this, but every time I get back to Twitter I see multiple assertions I have to address… “This editorial is how you get more Trump.” Yeah, and it would be a bad idea to intentionally publish editorials that contain errors — except no one would be crazy enough to do that! Can’t you see the fundamental flaw in making that point?

As for your complaint about the corrections process, another thing that could only come from a non-journalist (seriously, what is your practical suggestion for an alternative), please examine your words: “false story trumpeted out from large media source.” What “false story?” “Trumpeted how?” One would think that “trumpeting” would at least, at LEAST entail a headline, and to in any way match your indignation here, the headline would have to be large, and would have to say, “Sarah Palin goes around encouraging mass killers.” Instead, this involved an erroneous assertion of fact that was NOT the point of the piece. And your evidence that it was malicious is that there was, once upon a time (six freaking years ago!) there was a lengthy news story that also, deep down, contained something that refuted that fact — as assertion of fact that, just like the current instance, was not the main point being made, or even close to it! It would be outrageous to expect every editor at a paper to remember every HEADLINE that had appeared in the paper in the past six years, much less every single assertion of fact that could be found in every single story!

Of course, my solution is impractical, because to fully get what I’m saying, you’d have to be a senior editor for that month — and you can’t be that without years of experience, experience that would necessarily make the month unnecessary. Here’s the bottom line: To an editor worth his salt, every error is intolerable, and inexcusable, and must never happen again. But of course, it will. And all you can do is correct it. Used to be, you had a whole day to sort things out and make the correction. Now, if you haven’t completely refuted yourself within a couple of hours, the world has a coronary…

Folks, I don’t care what you think of The New York Times, but I’m here to tell you, it is a credible institution — about as credible as you’re likely to find in this sin-stained world.

And its editors — like every editor I’ve ever known or worked with — would rather get a hard punch in the face than make a mistake like that. It’s excruciatingly painful. Any editor I know spends his or her days and sleepless nights worrying about errors like that, and doing everything he or she can to avoid it.

Think for a moment: What in the world do you think would be an editor’s motivation to screw up like that intentionally? I can’t imagine, but maybe you’ll come up with a reason that will surprise me.

Whatever else you come away from this discussion with, I hope you absorb that one point…

33 thoughts on “The NYT makes a mistake, and Bryan and I have a spirited discussion about it”