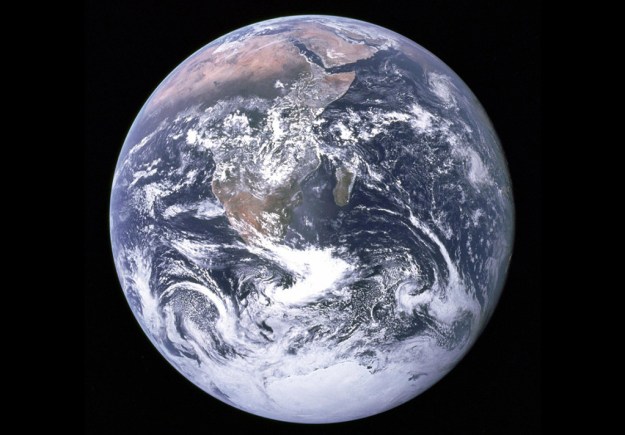 So what if the United States, guided by the wisdom of our cheerless leader, has pulled out of the Paris Accord signed by more than 190 other nations?

It’s not like we’re going to be alone! We’ll be joining, um, Syria. And Nicaragua! So, yay us, huh? Now we’ll be pace-setters, too!

President Trump declared that the United States would leave the Paris climate agreement, following months of infighting among Trump’s staff that left the world in suspense. He said he hopes to negotiate a similar deal that is more favorable to the U.S.

This move is one of several Obama-era environmental milestones that Trump has dismantled. And all the while, a new study shows global temperatures might be rising faster than expected.

Leaving the agreement displaces the U.S. from a stance of global leadership and places it alongside just two non-participating countries: Syria, which is in the midst of a civil war, and Nicaragua, who refused to join because the Paris Agreement didn’t go far enough. Even countries such as Liberia and the Democratic Republic of the Congo, which are among the poorest in the world and were struggling with an Ebola epidemic at the time, have signed on….

And yes, in answer to the question that a Trump supporter asked on the blog earlier today, China and India are taking part in the accord. Not only that, they’re stepping up into the leadership role the United States is forfeiting:

Earlier this week, Indian Prime Minister Narendra Modi, on a visit to Berlin, stood alongside German Chancellor Angela Merkel and said that failing to act on climate change was a “morally criminal act.”

And earlier this year, Chinese President Xi Jinping called the 2015 climate accord in Paris “a hard-won achievement” and urged other signers to stick to their pledges instead of walking away — “as this is a responsibility we must assume for future generations.”

In the past, there was skepticism in both countries about Western calls for emissions reductions, which were seen as hypocritical. The strong public comments now underline how far opinion both countries has moved in recent years, and the rhetorical leadership is extremely welcome, experts say….

Oh, and by the way — it’s not just words. China is not only living up to what it’s promised, it’s ahead of schedule in reducing its carbon footprint.

China is, of course, in this and other areas (such as TPP), only too happy to assume the mantle of global leadership that the United States is so eagerly, and so stupidly, laying aside.

46 thoughts on “U.S. goes where only Syria and Nicaragua have gone before”