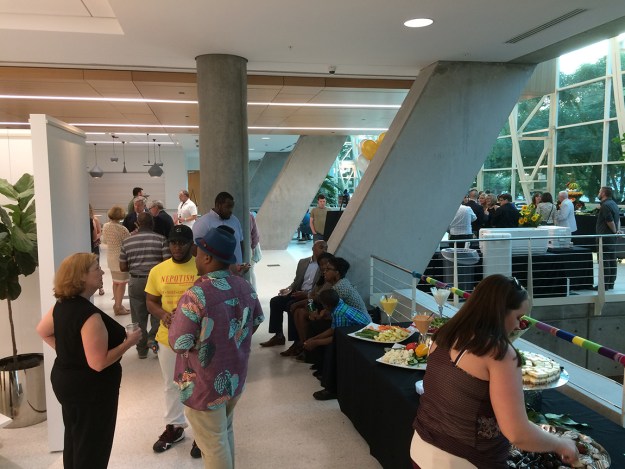 Last night’s reception at the library.

Last night I was pleased to attend a reception unveiling the remodeled portions of Richland Library, which also served in a way as a celebration of the fact that the library was recently named one of the nation’s best.

The library is indeed something that we have to be proud of in this community, even though some of us (ahem!) aren’t allowed to check books out because we sleep across the river. Seriously, though, it’s awesome. (At this point I must note that ADCO did the library’s rebrand awhile back, and my daughter-in-law works there.)

Anyway, this came back to mind this morning when I was reading George Will’s Sunday column harrumphing about funding the Corporation for Public Broadcasting. (“Public broadcasting’s immortality defies reason.”)

He trotted out all the usual libertarian, market-oriented objections, such as:

Here’s how I answer those:

Finally, Will makes a point that in the abstract is devastating and unassailable, especially if you’re a journalist:

America, which is entertaining itself to inanition, has never experienced a scarcity of entertainment. Or a need for government-subsidized journalism that reports on the government. Before newspaper editorial writers inveigh against Mulvaney and in support of government subsidies for television and radio, they should answer this question: Should there be a CPN — a Corporation for Public Newspapers?

Well, no, of course not. But then, we’ve long made a distinction between the press and the use of the public airwaves. The Fairness Doctrine and so forth.

Still, it’s a powerful argument: Government-run news, globally, is the mark of the totalitarian, repressive state.

But then we have the actual fact, right in front of us, of PBS and NPR news programming. And to any objective observer (especially a professional one), they are of such such vastly higher quality than commercial broadcast news that it’s stunning. They are every bit as fair and impartial if not more so, and the depth and quality puts everything (except the better print outlets) in the shade.

It shouldn’t be so. But in reality, it is.

I’m reminded of something The New Republic published a few years back: “Enough Acton: Power corrupts and absolute power corrupts absolutely, except when it does not.” (Of course, some of my friends will object that the magazine said so in support of the Iraq invasion, so there’s that — but it was still a very true observation, a warning against overgeneralization.)

Government-backed media is a scary thing. Except PBS news is so very good. I don’t know how to explain it, but I know that — as an informed observer of news — I’d be sorry to lose that source. (Also, consider — this is news that gets a subsidy from government. As disturbing as that sounds, it’s a far cry from government-run news, which is something I do take an absolute, Actonesque stand against.)

And ultimately, that’s what I have to say about public broadcasting overall. At our house, except for maybe the weekly cold open on SNL, PBS is the only broadcast TV we watch at my house. We use our TV for that, and Netflix and Amazon. That’s it. And the reason why is that the rest of the broadcast universe offers nothing else as good.

And whatever the abstract arguments presented pro and con, I don’t want to lose that. So, to the extent I get a vote, I say let’s keep it. 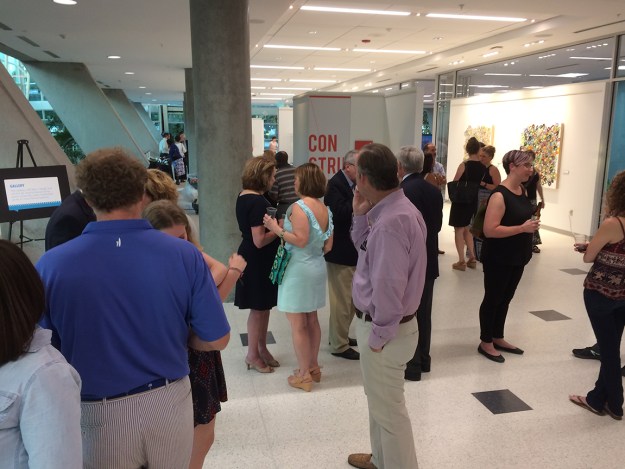 69 thoughts on “We have public libraries. Why not public broadcasting?”