Well, it finally happened: The Red Cross says I’ve given them too many platelets, and I need to take some time off.

And you know what that means: It means some of y’all need to step up and give, because the need is still there. In fact, over the weekend I received this message in an email reminding me of my appointment today, and telling me how badly it was needed:

Yeah, they say that a lot, but here in SC, we’re generally in a shortage situation. I used to think that was a Midlands problem, but it seems wider than that. For instance, the two units I gave June 19 (that was two donations ago) went to Grand Strand Regional Medical Center in Myrtle Beach and Regional Medical Center in Orangeburg. Just think of me as the Scarecrow, and this is the Tin Man’s cue to say “Well, that’s you all over!”

You can give platelets again after six days; they come back that fast. But I’ve generally been giving every two weeks. Last month, to keep them from calling me so often, I decided to go to a standing appointment — every other Monday afternoon.

And today was that Monday, but when I showed up, and started going through the usual series of questions that precede the donation, the young lady saw something on her computer screen that made her jump up, excuse herself and run for help. A moment later, someone came in and said that was it for me: I’d given too much in the past year, and I wouldn’t be able to give again until after Aug. 2. Which nixes my appointment on the 31st as well.

It’s not the platelets, though — as I said, they come back pretty quickly. It seems that over time they’ve taken too much plasma from me for my weight — 12,000 ccs. And I won’t be starting over in August, either — it’s cumulative, so this is likely to happen again if I keep giving at the same rate.

This respite will be a relief to my family and friends, who are always asking why I, personally, have to give so often. This is always my cue to go into my Gary Cooper routine and explain, “I’ve got to; that’s the whole thing.” I’m just that kinda guy, ya know. Man of action. Few words.

(Don’t look at me like that. For too many years, I was too scared to do this. Having overcome that fear, I’m going to milk this for all it’s worth.)

But now I’m out of action. And the need is still there. So it’s time for you to be the hero. 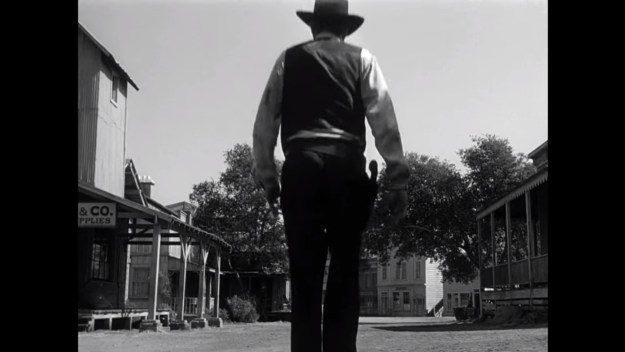 That’s the thing: You just gotta…

43 thoughts on “Red Cross says I’m tapped out; y’all need to step up and give”