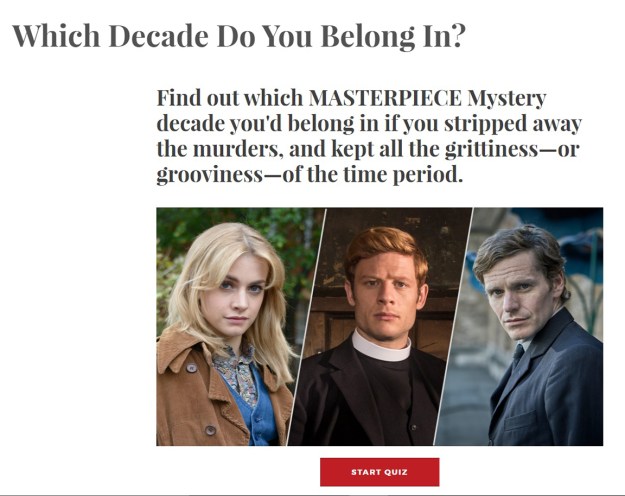 As y’all know, I dig PBS almost as much as I do NPR, and it’s basically the only broadcast outlet I ever watch. (Mostly I have a TV for Netflix and Amazon Prime, and occasionally, when I’m feeling retro, a DVD.)

So I have high expectations when I see the PBS logo. Which is why I was so disappointed by this lame “Which Decade Do You Belong In?” quiz.

The whole thing was phoned in for the shallowest of purposes — promotion of three “Masterpiece Mystery” series. Nothing is offered that would provide a serious time traveler with helpful insight into which decade he would be most at home in.

Here are the Top Five things wrong with it:

In the grand scheme of things, of course, such quizzes are beneath the dignity of PBS, which is probably why the person who contrived this just gave it a lick and a promise. But if you’re going to try to engage my appetite for quiz clickbait, then make it worthy of the PBS name! 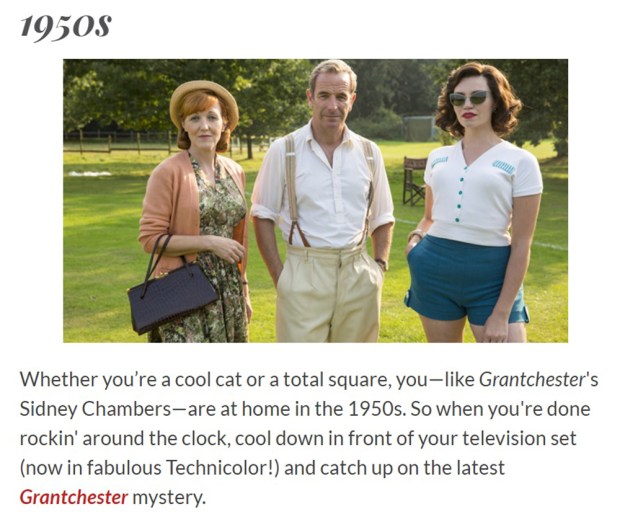 2 thoughts on “Top Five Things Wrong With This PBS Quiz”