This is a puzzle to me: Why do people hate David Brooks so much?

Sure, anyone who writes opinion for a living is going to get his fair share of abuse daily, without taking the trouble to go down to the demonstration. 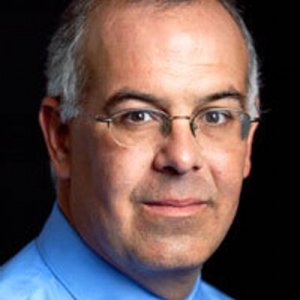 But David Brooks? Among pundits, he is the most inoffensive of men. He both writes and speaks (in his appearances on PBS and NPR) with a reasonable, somewhat deferential, even self-deprecating tone. He’s thoughtful, not haranguing. He’s fair. You’ve got your views and he’s got his, and that all seems fine with him.

But man the way people (mainly on the left, I think, but I haven’t kept score, so I’m not positive) tee off on him! I’ve read screeds aimed at him that suggest a screw being loose somewhere, or perhaps a personal animus with roots of which I am unaware. They tend to be mostly written by people I’ve never heard of, and I find myself wondering if that’s it — are these people who just can’t stand that this (sort of) conservative has a gig they’d love to have at the ultimate “liberal” newspaper?

Or is it that he’s a type they can’t stand: The successful, middle-aged, moderate white guy who seems fairly comfortable with his role in life — kind of like me, you might say, before I got laid off — and is so low-key that his very imperturbability is a constant goad to them? Are the slings and arrows about trying to, for once, get a rise outta this guy?

I don’t know, but it seems to defy reason.

Yesterday, Brooks had a column headlined “How We Are Ruining America.” Here’s its premise:

There’s no bait-and-switch here. The whole column is about this class division, with most of it devoted to the ways, both overt and subtle, that the folks in the privileged class make sure “the children of other classes have limited chances to join their ranks.”

Wow, I thought. I almost wrote a post about this column, with a headline like, “Whoa! David Brooks is feeling the Bern today!” And because it was coming from Brooks, rather than the usual suspects, I gave the thesis particular attention.

It was a pretty decent, thoughtful, and empathetic column. I was bothered by one graf in it, though, where Brooks was talking about the subtle class cues that keep the uninitiated in their place:

Recently I took a friend with only a high school degree to lunch. Insensitively, I led her into a gourmet sandwich shop. Suddenly I saw her face freeze up as she was confronted with sandwiches named “Padrino” and “Pomodoro” and ingredients like soppressata, capicollo and a striata baguette. I quickly asked her if she wanted to go somewhere else and she anxiously nodded yes and we ate Mexican…

That bothered me for this reason: How on Earth is he to know for sure that the “friend” won’t read the column? And if she does, how is she not going to recognize the anecdote and feel even more humiliated than she would have been had they stayed in the gourmet joint?

But it didn’t ruin the column for me (although it certainly would for her).

This morning, I saw that the Web sort of went ape over that paragraph, and used it as a club to beat Brooks about the head and shoulders, with an occasional knee to the groin thrown in.

This bit from Slate sort of encapsulates the way others read that graf:

One thing that has happened in the past 40 years or so in the United States is that (inflation-adjusted) income for most people has stagnated while the price of housing, health care, and education has risen. Income for high earners has also continued to increase. Meanwhile, middle-class and working-class Americans are now less likely to “move up the income ladder” than they used to be—i.e. we’ve collectively become less likely to have rags-to-riches American dream trajectories during our lifetimes.

To which I have to say, no, that’s not what Brooks is saying. He’s saying that the very real barriers to upward mobility extend beyond the obvious, even down to small cultural signals that the privileged take for granted.

Which strikes me as coming from a guy who not only cares about this inequality, but thinks about it a good deal, and goes out of his way to look for ways that he might be part of the problem.

To quote more extensively from that last one, to give you the flavor:

Come on in, I said. Moral Hazard, the Irish setter owned for photo op purposes by New York Times columnist David Brooks, stood dripping and shivering in my foyer. I half-filled his dog bowl with Jameson and he took it down in several big gulps.

“I had to get out,” he said. “It was starting to get crazy down there. Master’s off the rails and there’s nothing anybody can do about it. He walks around, day and night, mumbling to himself, saying weird stuff about community and prosciutto. People are starting to wonder. Douthat, the former houseboy, jumps into closets now when he sees him coming and Stephens, the new one, hides behind the sofa. Nobody wants to listen to 15 minutes on how Edmund Burke’s Reflections warned us against radicalism and balsamic vinegar. I mean, OK, hear it once and it’s interesting but around the third time, you want to talk about hockey.”…

And it wasn’t just the liberals who seem to make a fetish of trashing this guy. RedState got in on the act, too:

Brooks, the living equivalent of a Brooks Brothers store mannequin whose display rod was removed from his colon so he now thinks he walks around as “one of the people”, has long been oblivious to the working of those operating in a strata below his own. (He once referred to the Belgian beer Stella Artois as a “working class” brand.)

There’s something going on here that goes beyond the tone-deafness of that one paragraph. Whatever it is, it’s visceral, and it’s been out there awhile. I’ve been reading pieces like this one, and, to descend deeper into the gut, this one for years now…

139 thoughts on “Why do people hate David Brooks so much?”