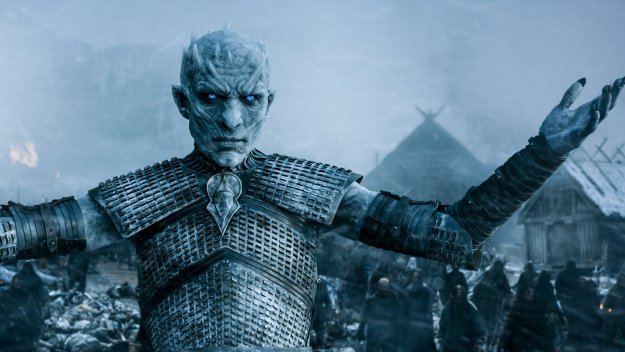 OK, I’ve heard that Winter has finally, FINALLY come. Beyond that, no spoilers, please.

Stop pointing at me! That was my anguished cry when I saw this headline this morning:

Meet the sometime-streamer: TV watchers who sign up for one show — then cancel

Well… yeah. Why on Earth would I keep paying 15 bucks a month for HBO NOW once I’ve watched the latest season of “Game of Thrones?” What else of value does it offer? “WestWorld?” Gimme a break. If I see one of those “hosts” run through the same loop one more time, I’m going to have a serious programming malfunction.

The only other thing HBO NOW is good for is watching excellent past series, such as “The Sopranos,” “Band of Brothers,” “Boardwalk Empire” and such. And I get all of those at no additional cost for subscribing to Amazon Prime.

I’ve waited for the “GoT” season to end — which it just did — so I can sign up for a month, zip through the new episodes during my morning workouts on the elliptical, and cancel. And why would I do anything else?

The only question is whether HBO will extend to me the first-month-free introductory offer, since I’m a past subscriber. Well, not the only question. There’s also the ethical one of whether it would be OK to watch the latest “GoT” season for free, then cancel (if they even let me do that). I’m thinking I wouldn’t feel too terrible about it, since I’m very mindful of the two years or so that I paid $15 a month in exchange for practically nothing, before it hit me that I should cancel when not watching “Game of Thrones.”

On the whole, I feel like I’ve been bled fairly dry over the years by television and on the overall scales of justice, they kind of owe me. Of course,  that’s mostly the doing of the cable companies, not HBO. And, well, I think the HBO NOW model is a vast improvement over the old bundling ripoff. So maybe, in the name of rewarding something of which I approve, I should at least pay out $14.99 to watch a season of a show I want to see.

I’d be interested in your thoughts on this. And your practices. What are your habits in the age of streaming, and what are you willing to pay to support them?

If I want to rewatch “The Sopranos,” I’ve got Amazon Prime.

One thought on “Can I watch ‘Game of Thrones’ for free? (And should I?)”