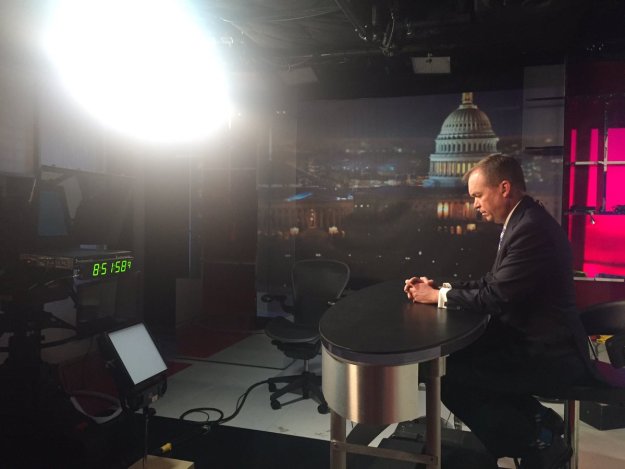 That’s what Catherine Rampell of The Washington Post claims.

(Well, to be clear, what she means is the second most dangerous man in Washington, which she acknowledges.)

It’s Mick Mulvaney, director of the Office of Management and Budget.

In terms of both immensity and immediacy, the threat Mulvaney presents is far greater than any of the slow-motion train wrecks happening elsewhere in the administration. That’s because he seems hell-bent on wreaking a global crisis within the next two months.

Not a century from now. Not a decade from now. In two months.

That’s when the government will run out of money needed to pay bills Congress has already incurred, according to Treasury Secretary Steven Mnuchin, if Congress does not act to raise the debt limit.

What would follow? Just a constitutional, political and global financial crisis….

OK. That would be bad. Important safety tip. Although I may not think about financial matters more than I’m forced to, even I understand — apparently better than the administration’s budget guy — why protecting the full faith and credit of the United States is important. But most dangerous? Maybe. But as much as I might be inclined to root for a fellow South Carolinian, I think some of the other people she names have pretty good claims to the title:

It’s not the guy in charge of our nuclear arsenal, who may or may not have realized that was the core of his job description before accepting the post (Rick Perry).

Nor is it the woman meeting with men’s rights advocates (Betsy DeVos).

And it’s not the guy who keeps adding financial assets and meetings with Russian officials to his federal disclosure forms (Jared Kushner).

It’s neither of the guys rolling back climate change regulations and sidelining scientists at the Environmental Protection Agency and Interior Department (Scott Pruitt and Ryan Zinke, respectively)….

But yeah, what Mulvaney wants to do is bad, almost in the Egon sense, financially speaking…

31 thoughts on “Is Mulvaney ‘The most dangerous man in Washington?’”